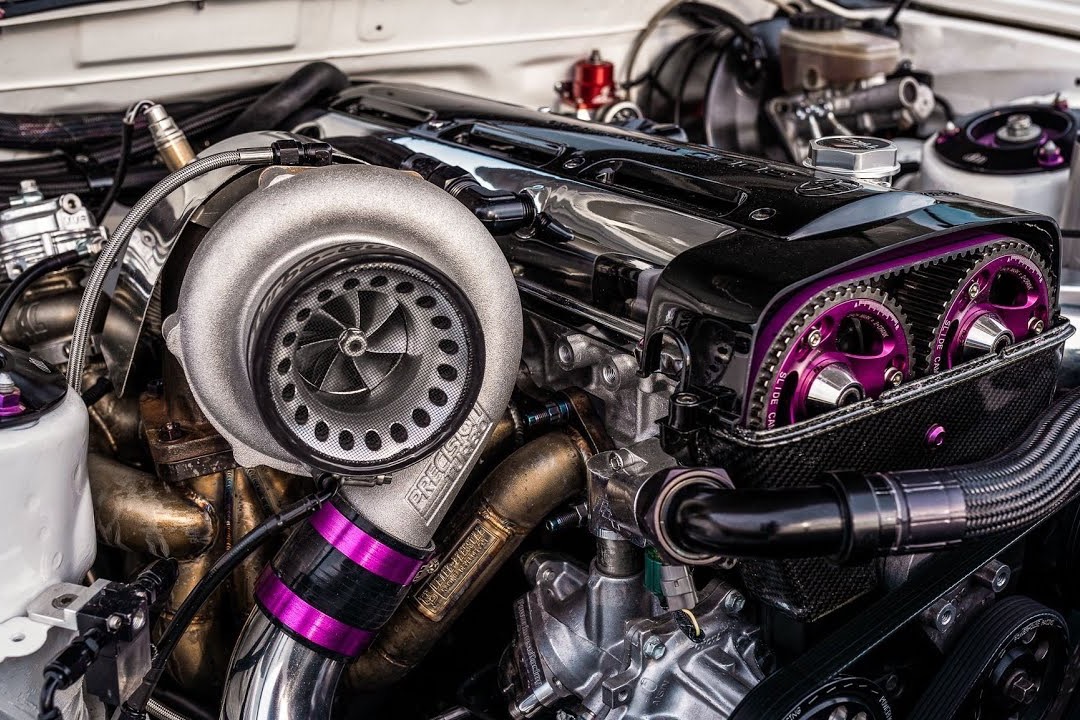 Real car enthusiasts know that 2JZ is the real deal. There were a few versions of this engine, and the first one was released back in 1991. 2JZ was used in such cars as Toyota Aristo and Lexus models, but the twin-turbocharged version also served great in the legendary Toyota Supra. It looks as if Toyota made these engines for tuning because actual bulletproof capabilities wouldn’t surprise us at all.

How is 2JZ so strong?

They achieved that thanks to overengineering and reinforcements. For example, Toyota uses multiple–layered head gaskets, so blown gaskets are very rare in 2JZ engines. Another robust part is the crankshaft. Right after picking it up, you’d notice how heavy and buffed they are in these engines – it’s one of the main parts that let 2JZ withstand hundreds of additional horses. Even the bottom part of the engine’s block is reinforced – thicker walls, supportive pillars, etc.

While petrol engines get lots of love for their constant power, turbocharged diesel power plants may be dull at low revs but become monsters after about 2000 RPM. They provide lots of torque and, of course, a better fuel economy. Here we have three glorious engines for those who want a diesel 2JZ.

BMW introduced a legendary M57 family of diesel engines in 1998. All of them are inline-6, turbocharged, and use common-rail fuel systems. The most powerful versions even use two turbochargers, boosting the power to over 280 hp.

Even though M57 engines require quality fuel, their reliability levels are unbelievably good. The engine is very well balanced, which reduces vibration levels to minimum, pistons have a special geometry, which greatly improves the quality of fuel mixture, gas distribution valves are controlled by special levers, and more.

Here I have another Inline-6 diesel, but this time it’s from Mercedes. It first appeared in the W124 series and was available as a naturally aspirated or turbocharged version. Both weren’t particularly powerful – even the latter one produced 177 horsepower. However, their high reliability is undeniable.

Yes, it sounds like an agricultural diesel, but it is so simple and well made that any rookie could work on it. Motorsport professionals chose this engine for tuning. Did you know that the OM606 can achieve +500 horsepower with bolt-on mods only? Yup, engine internals can withstand it. Mercedes used to build 170 hp engines, which can easily withstand 500 hp – nowadays, this is phenomenal.

If you’re really into raw power, let’s take a look at the wild west. Ford F-150 pickup truck is wildly popular in America, and people admire it for its amazing torque, simple engineering solutions, and reliability.

The 6.7 turbo is straight-six and the most powerful engine for the F-150 at the moment. It’s a big toy for big cars and trucks, so it easily burns 15 liters of diesel per 100 kilometers. A variable turbocharger makes it truly special and provides enough boost at both low and high RPM. Need even more power? Don’t hesitate to put a bigger turbo and a few bolt-on modifications – engine internals are designed to be durable.