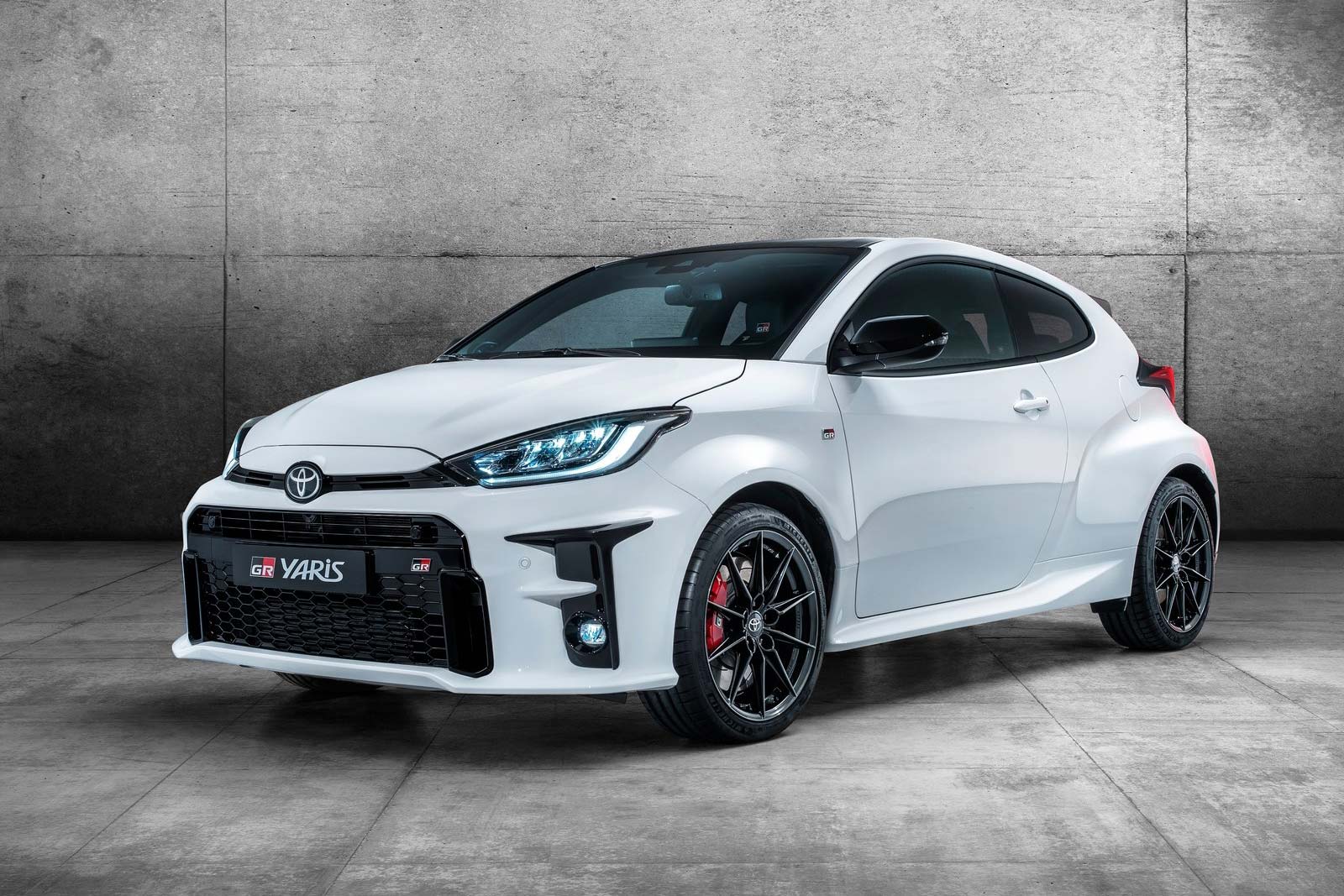 Have you seen the latest hot hatch from Toyota? The GR Yaris may be an outstanding car to own. It may even be better than the latest Supra hence it’s development was not influenced by BMW or any other brand. So it’s not surrounded by controversies and that’s why it should be called a Toyota’s halo car.

The little punchy Yaris is already delivering tons of fun. But I can’t help but think: what else can be afforded by the same bag of money. Or let’s put it this way: a better car for a fraction of price. Oh, and just before I start, there are some numbers on the GR Yaris.

That’s some nice numbers to beat. But there certainly are some alternatives in the second-hand car market. Here are some vehicles you should consider before getting yourself a lease deal for GR Yaris. Which is roughly around 32.000 euros here in Europe.

Save yourself some money – get a Ford. Used 3rd generation Focus RS can be yours for as much as 25.000 euros. It also provides endless fun since it has the famous Drift button.

Focus RS is equipped with a 2.3 litre Ecoboost engine. That is actually the same powerplant the Mustang has, just slightly more powerful and capable. It also delivers more practicality hence the body has 2 more doors for easier rear access.

This is probably the hottest hatch in the market so far. It may not be the quickest, but it does deliver more smiles per mile than the majority of competitors.

GR Yaris claims to be derived completely from WRC. There are more cars with the same focus towards the driver, though Mitsubishi Evolution carries so much more rally pedigree than the Yaris.

It also delivers more oomph for starters. But what must be mentioned is the vast tuning potential of mighty 4G63 engines. And let’s not forget the fact that EVO is perhaps the most precise 4WD sedan of all times. It simply destroys any terrain you throw for it.

There were 10 generations of the EVO. If I was about to get one, that would be the 6 generation model that was brought to glory by rally master Tommi Makkinen. A future rally classic with no doubts. Too bad the rare TME models are too expensive to buy.

The choice of EVO or STI is often related to religious questions. Both cars are sophisticated daily rally machines. However, when it comes to Subaru Impreza WRX STI, it is one of the most iconic cars in the history of the automotive industry.

Blue body, bronze or gold coloured rims and a massive rear wing. All these details grant the unmistakable identity for the WRX STI. It is always imagined in these colours. And don’t you dare to forget the iconic 4 cylinder boxer engine sound.

WRX STI is a great choice for petrolheads since it delivers perfect balance and rally-like looks. Beat that, GR Yaris.

The mark 7 Golf R is amongst the cars that usually are described as a wolf in sheep’s clothing. It looks almost like an ordinary Golf – very neutral with some aggressive bits and bobs all around. But it does not look anywhere near the territory of 300 HP cars.

Powered by 2.0 litre turbocharged four-cylinder the Golf R equipped with DSG transmission is amongst the fastest cars of its type. It could literally consume older Ferraris and Lamborghinis for breakfast in most of the cases.

But it’s not the booms and bangs only. You also get a sensation of a refined car, too. However, take note, that it doesn’t have the full-time 4WD system. Instead, it uses Haldex technology as many other VW group vehicles.

The last but definitely not least is the mighty hot hatch by Mercedes-Benz. The A45 AMG. At the time of its debut, it had the most powerful 2.0 turbocharged engine. The Germans managed to squeeze solid 360 HP and 450 Nm out of it.

So it’s pretty quick, but what it also does is offering some Premium details, too. Better overall refinement, acoustics and attention to detail are what Mercedes-Benz buyers get.

A45 AMG is a stunningly quick car. It destroys 100 km/h in just a mere 4.6 seconds – that can put some serious cars to shame. What I also love about it is the way it looks inside. You have to admire the work Mercedes-Benz applied to their recent cars!

Where does this all leave the GR Yaris? Perhaps these second-hand vehicles don’t do any harm. It’s just a matter of choice: you can either get the hottest brand new Toyota or a used fun car that will definitely not burn your money during the first years of ownership. On top of that, it can even deliver more thrills and smiles.

If it was up to me, I’d pick the A45 AMG all day long. It may not have the rally looks, but I believe a hot hatch is all the enthusiastic driver needs. It carries stuff and puts a massive grin on the face. As long as it does that, I’m happy.