Home > Reviews > Why is Subaru Impreza the ultimate rally car?

Why is Subaru Impreza the ultimate rally car? 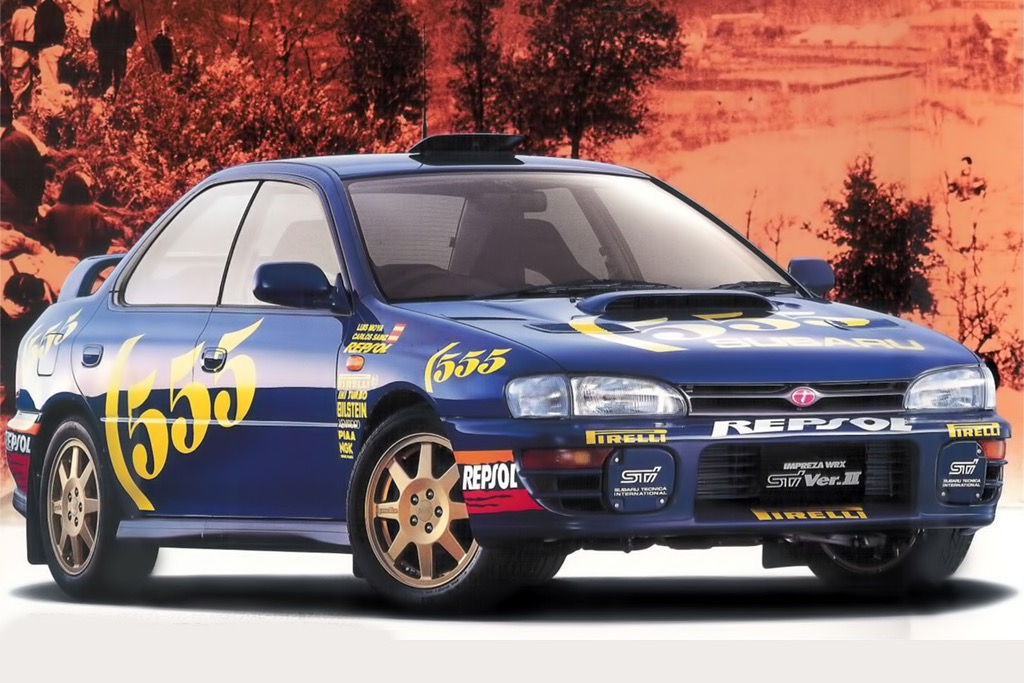 What is so special about blue Subaru Imprezas with golden rims? Even if you find a standard Impreza, it still manages to represent a rally heritage somehow. Overall, these are inexpensive sports cars. You can buy an Impreza and, unlike Hondas and Toyotas, everyone will love it – friends, girlfriends, and even parents.

But how did that happen? Many petrolheads admire this glorious-sounding and affordable machine but don’t know how it got this iconic status.

When compared to German rivals, Subaru Impreza stands out for its unique technical solutions. For example, the Audi Quattro system has been combining sportiness with comfort for many years, so the system has more fragile components and couldn’t withstand much beating. The xDrive in BMW cars is even more complicated. Subaru won’t be as quiet or comfortable as the latter options, but man, can this thing fly!

The trick is that the Subaru Impreza is very symmetrical. It uses a boxer engine with opposed pistons (flat-four layout). The engine is positioned exceptionally low, and the center of mass is way lower than in V-shaped and inline engines. Moreover, such crucial components as the crankshaft are much lighter thanks to the boxer design.

The suspension plays an essential role in the car’s handling and overall feel. Subaru Impreza is one of the very few models that use symmetrical AWD system, which is simply the best on any kind of terrain. It means that the axle shafts are the same length on both sides. While many sports cars could catch up in straights, the Impreza always gives an upper hand when cornering.

“When in doubt, flat out” – a legendary rally driver Colin McRae had been using this motto during his whole rallying career. The world has never seen such a reckless rally driver because he didn’t care how competent a car was or how long it would survive – if there were a tiny bit of potential to go faster, he used it.

It means that McRae won’t take safety precautions. If a co-driver tells no cut, he would still cut the corner if possible. Sure enough, this attitude often ended up in high-speed crashes.

Colin McRae got behind the wheel of the Subaru Legacy in 1991. After numerous crashes and roll-overs, he won his first event in New Zealand. This brought tremendous fame for Subaru and proved that McRae’s fearless attitude was promising.

They replaced the oversized Legacy with the now-iconic Impreza WRX STi in 1994, and then McRae found that shorter wheelbase and lighter body rise the limits significantly. In fact, he drove so hard that he crashed the Impreza in the first two rounds. The Subaru team even ran onto the track to slow Colin down, but he still kept flooring, nearly hitting the team, and, surprise surprise, he was the first British WRC champion in 1995!

While Subaru has been offering many Impreza variations for daily drivers, look for WRX and WRX STi versions if you’re after the authentic Subaru experience. WRX means World Rally eXperimental, and these models feature stiffer suspensions and turbocharged engines. The STi is an even more advanced version, boasting performance-tuned engines, transmissions, forged pistons, carbon fiber strut bars, and so on.

All in all, there aren’t many cars that can compare to Subaru Impreza. It’s a rugged, safe Japanese performance car perfect for tracks, off-roading, and even family leisure. Boxer engines aren’t the most pleasant to work on, and fuel efficiency is way off, but it’s the only way to discover a bit of Colin McRae in you!