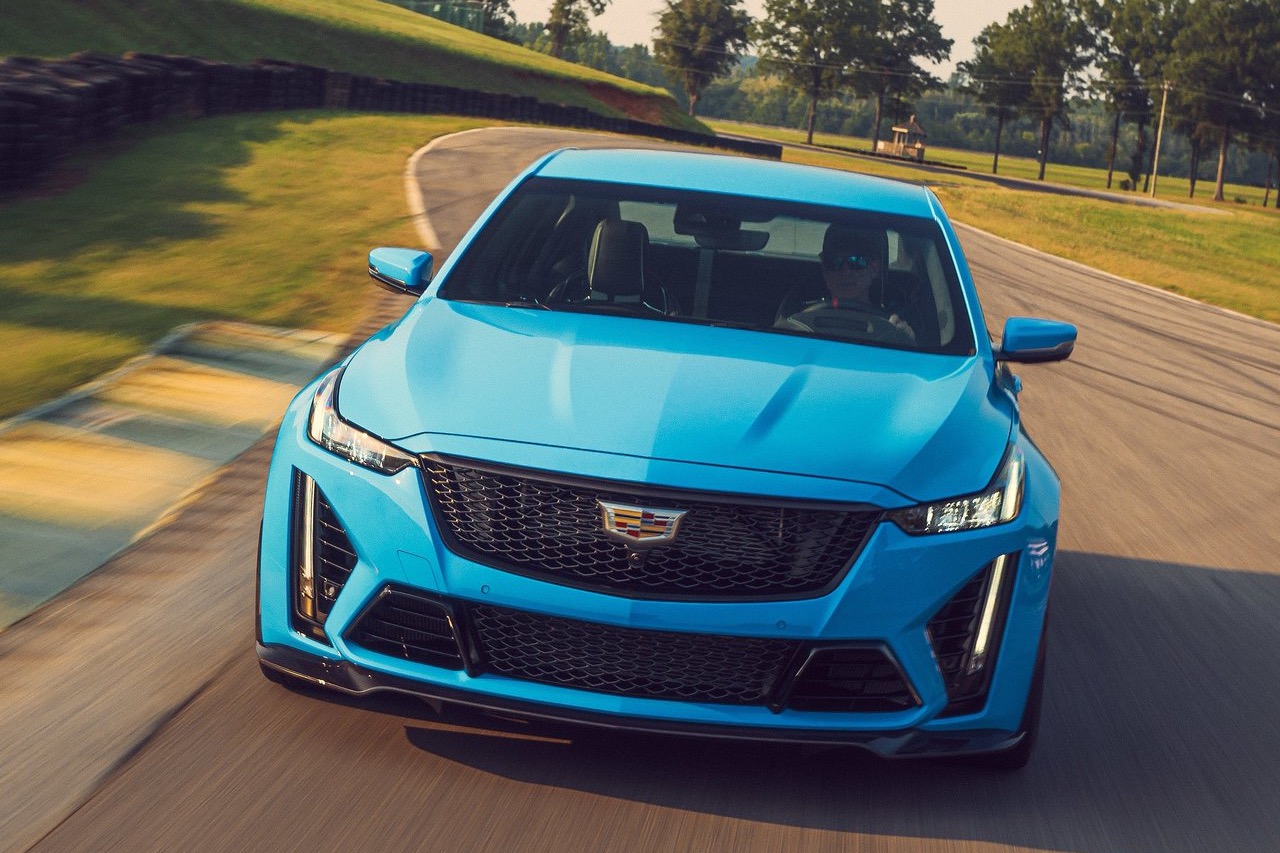 As if the usual V series wasn’t enough, Cadillac released an even more powerful and expensive version called CT5-V Blackwing. Most car manufacturers are going full electric in a decade or so, and like Lexus IS 500, the new Cadillac CT5-V Blackwing is like a treat for petrolheads.

This is not an ordinary American muscle car with lots of power being the only thing to boast about. Safety features, comfortable leather, and expensive toys surround the driver maintaining an executive-style cabin. It costs twice as much as a regular CT5-V, but is it that much better?

Blackwing comes with two more cylinders and a manual

The fact that a genuine Cadillac should have a V8 in it is hardly arguable. Cruising the country roads in a long-hooded Cadillac while listening to a burbly V8 has been a dream of many.

The manufacturer chose the right engine for the right car. This is an almost five-meter long executive Cadillac powered by a legendary 6.2 liter supercharged V8 engine. It produces 668 horsepower, 893 Nm of torque, and does 0-100 KM/H in 3,5 seconds! This is the only CT5 version available with a 6-speed manual transmission as standard – now that’s a cherry on top!

The Blackwing is only available with a rear-wheel-drive system, but that doesn’t mean it’s made for blasting burnouts and donuts only. Engineers implemented a refined magnetic ride control, which creates the world’s fastest reacting suspension. It scans the road ahead up to a thousand times per second and controls the damping accordingly. Remember, I’m not talking about Bentley or Rolls-Royce there!

The CT5-V Blackwing’s cabin produces about 73 decibels at cruising speeds, which doesn’t make it the quietest business-class sedan around. But let’s not forget that it also has five times more power and probably is more reliable than clunky German diesels.

While the car is always keen to rush, peel asphalt, and scream, turn off all of the V stuff, and you’ll find yourself in a smooth cruiser with more than enough power for anything you would imagine. By the way, if you’re too serious for that electric blue paint job they keep showing off – don’t worry, there are plenty of more subtle color combinations.

If there’s such a thing as fuel money in your daily life, you’d be better off with a calmer version. Fuel consumption is a big downside for this model. Even though it looks like a daily car and you’d go shopping in it every day, don’t expect fewer fuel station visits than in a Mustang GT500 or Dodge Challenger SRT. Cadillac doesn’t mention a thing about fuel consumption till you dive deep into the car’s datasheets. Only then you find these numbers: 18 L/100 KM (13 MPG).

Last of its kind

What makes this car truly special is that CT5-V Blackwing is the last true Cadillac. Sure, our needs and world standards change rapidly, but this may be the last example of preserving rugged body lines, big grille, and vast V8 power plants.

Buy it while you can!