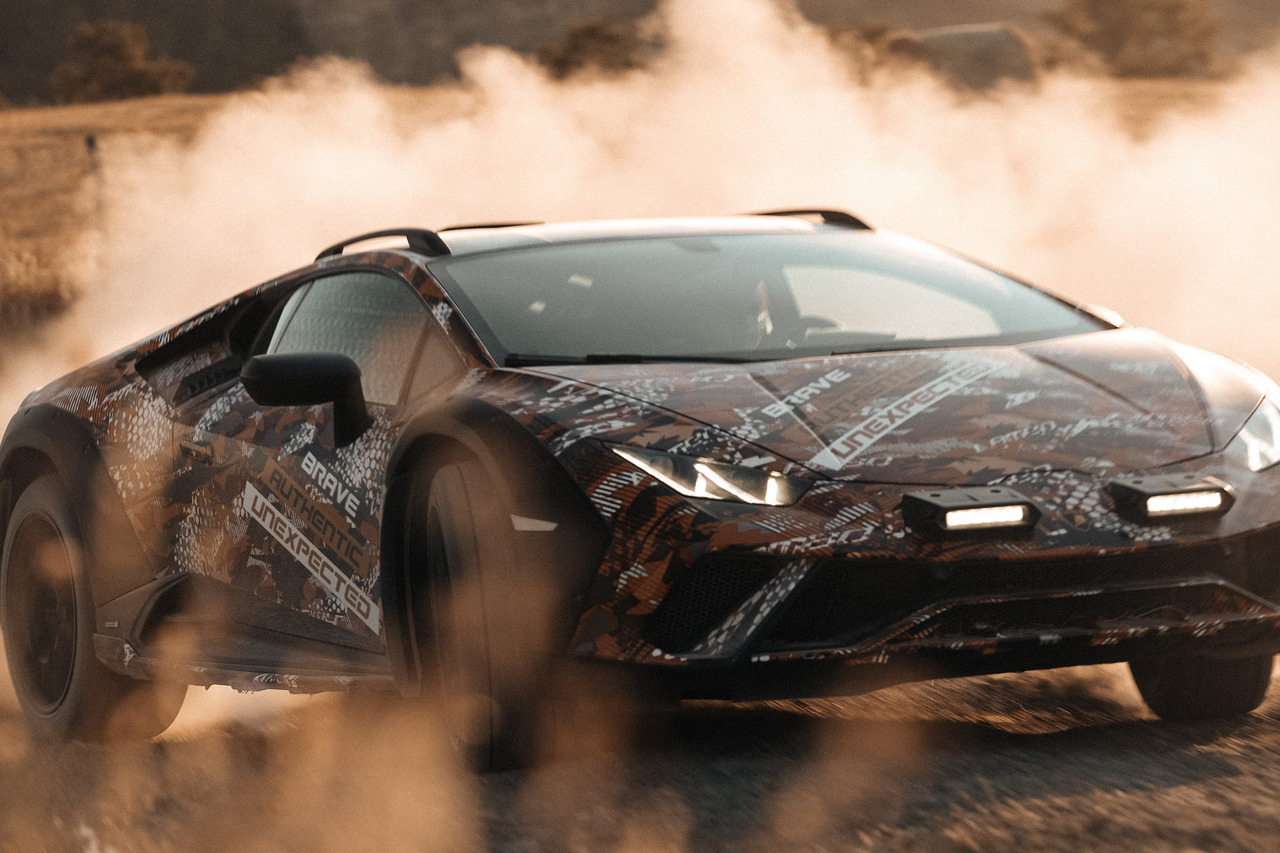 The main reasons I loved World Rally Championship were the competition itself and the cars they all drove. Muddy Subaru’s widened Peugeot’s and Mitsubishi’s with exquisite sound notes. It was great to watch, but these days WRC is a bit bland, and that’s why we need cars like this – Lamborghini’s Huracán Sterrato.

Earlier this year, Lamborghini demonstrated its interest in turning its 200-mph wedge into a rally machine with the Sterrato concept. Sterrato was referred to at the time as a concept, but the new video shows a camouflaged prototype tearing up a dirt road.

While there are some distinct differences between the concept and the test vehicle in the teaser video, there are also some similarities. A pair of rectangular LED rally lights still adorns the bumper, but the third light bar mounted to the roof rails has been removed. However, the roof rails allow owners to mount their own aftermarket auxiliary lights. As in the concept, the wheels are covered in black plastic.

Also, the new model will use a seven-speed dual-clutch gearbox that will be calibrated for off-road fun, as is an all-wheel drive system.

I’m not certain if the off-road version will be as fast as the other Huracán version, but I guess that doesn’t matter. This is amazing because the Huracán Sterrato will be a blast to drive. Everywhere.

If Ford, Hyundai, or any other manufacturer can mate a hatchback to an SUV, then why can’t supercar makers mate a supercar with an off-roader or any other body type?