Reborn Morgan Super 3 is the coolest car of the year 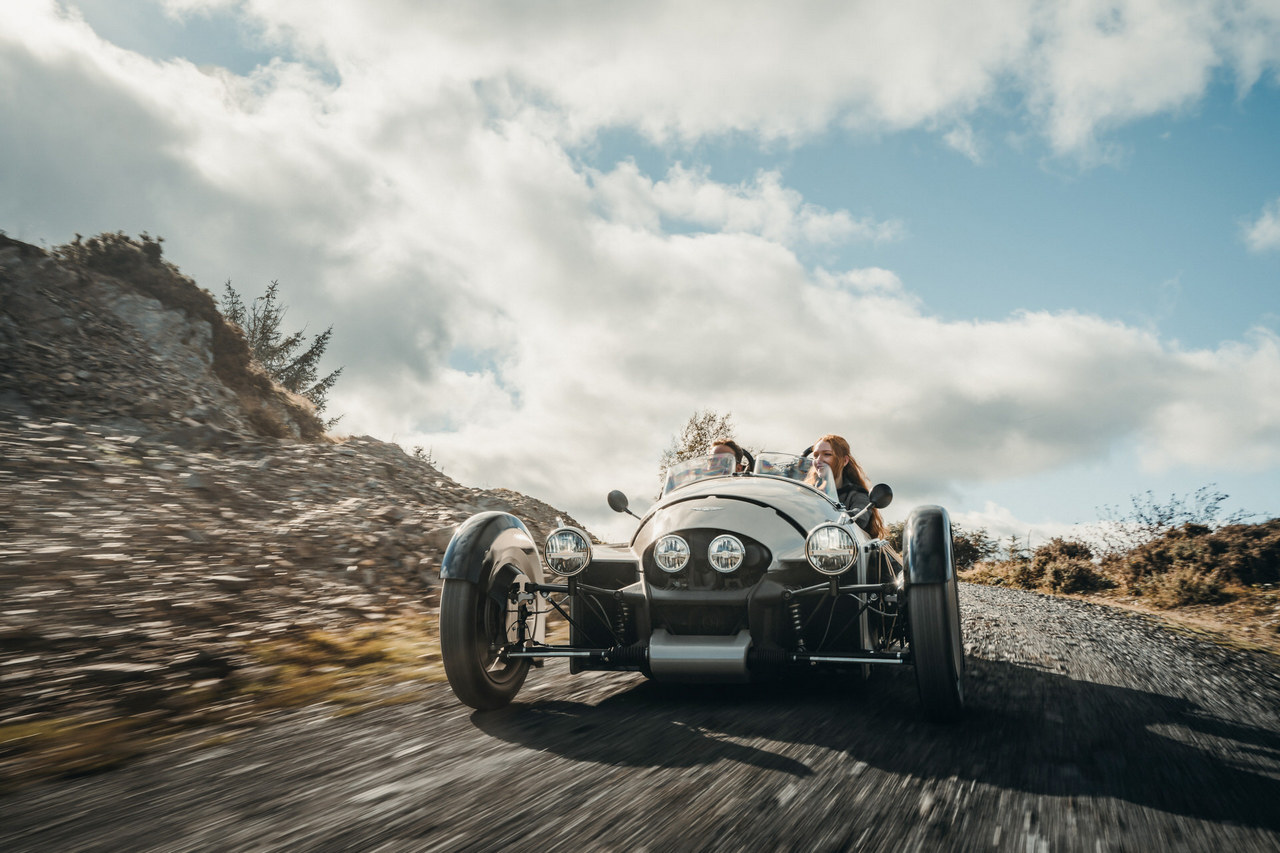 The Morgan Motor Company today unveiled Super 3. A one of the company’s most intriguing and unique vehicles to date.

Morgan says, that Super 3 was created from the ground up to provide new levels of character, thrill, and adventure, all of which have defined Morgan’s three-wheeled product since its founding 113 years ago, and I can’t argue with that.

It looks like three-wheeled Morgan is a vehicle that would tempt me to get behind the wheel more often than more expensive Porsche or Ferrari’s. No wonder Morgan says that three-wheelers encourage owners to be fully immersed in the art of driving.

Unlike the previous 3 Wheeler, which was designed in the style of 1920s, the Super 3’s designers and engineers drew inspiration from the mid to late twentieth century.

Furthermore, the Super 3 is Morgan’s first new design since the Aero 8 in 2000, and the company’s most significant visual departure since the Plus 4 Plus in 1962.

For a company, which embraces traditions, I think it was a massive step for Morgan. You only have to see the car once to realize that the changes have made it sleeker, more modern with retro elements.

One of the interesting parts of Morgan Super 3 is attention to details. For example? Any interior part is entirely dust-tight and protected against water splashing from any direction, even the integrated USB sockets, which are rated at an approved ingress protection level of IP64. How thoughtful is that?

The minimalist dashboard features Morgan’s traditional center-mounted dials, but they are now fully digital for the first time in a Morgan. Their surrounds, which come in anodized black or silver finishes, are made of metal. The engine start/stop button, which was inspired by military aircraft’s’missile release’ button, has been carried over from the previous model.

Also, a footwell heater is available for the first time, making the Super 3 even more adventure-ready, while a reach- and rake-adjustable steering wheel and a quick-release adjustable pedal box add to the comfort.

The platform is a true monocoque for the first time in Morgan history. This not only results in a lighter and more rigid chassis, but it also has packaging advantages and allows for more interior occupant space with minimal intrusion. Its rigidity benefits the car’s dynamic capability as well as its safety.

Morgan’s long-standing use of Superform technology is continued in Super 3. When aluminum is heated to a superplastic state before vacuum forming, intricate exterior shapes can be created with less material stress than when it is pressed. While superformed exterior panels are a well-established technology in the automotive industry, this is the first time it has been used to create a structural vehicle platform.

Morgan’s use of innovative construction techniques is further demonstrated by the exposed structural front casting. It not only provides the car’s rigidity and mounting points for the suspension while also serving a critical safety function, but it also has the attractive finish expected of an A-surface. It serves as a link to motorcycles, which use exposed castings in their frames, as a demonstration of the car’s mechanical honesty.

It will use Ford engine

Ford has been the best friend of manufacturers like Morgan for decades. Ford is happy to supply engines to manufacturers with specific needs, and this time it won’t be an exception.

This time Super 3 will use 1.5-litre naturally aspirated three-cylinder petrol engine. It provides a combination of attributes that make it perfectly suited to its application in the Morgan Super 3. It is powerful, efficient, and characterful. The engine’s acoustic content has been fine-tuned, and its natural and distinctive three-cylinder character has been enhanced. It’s incredibly compact, allowing the Super 3’s design to stay true to form without sacrificing passenger space.

The engine is mated to a five-speed Mazda transmission, similar to the one found in the MX-5 and used in the previous Morgan 3 Wheeler. However, unlike the previous model, the driveline does not require a compensator, reducing complexity and weight. A carbon fiber-reinforced drive belt drives the bevel box, which has been re-engineered with a custom tooth profile.