Home > Reviews > Porsche give a glimpse to fastest Cayman ever, but should you care?

Porsche give a glimpse to fastest Cayman ever, but should you care? 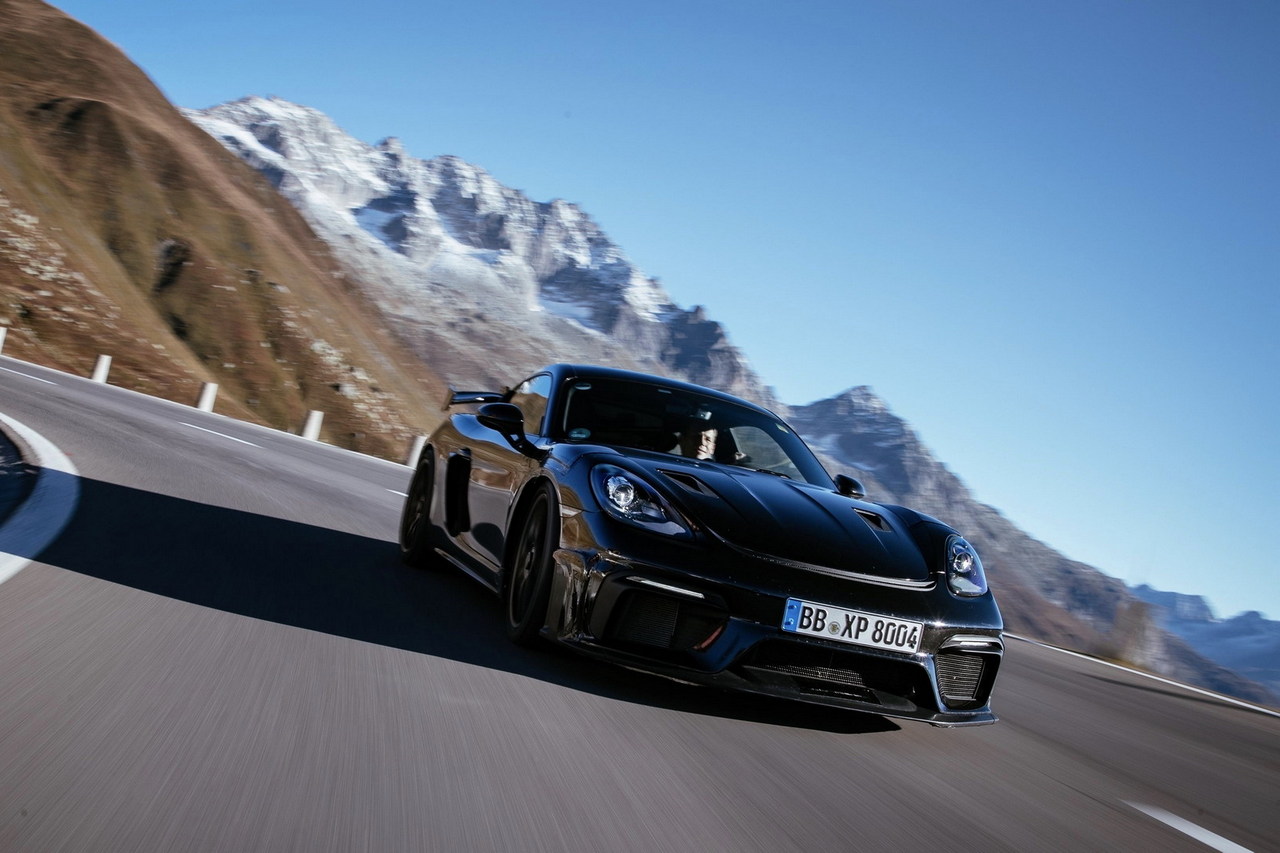 The Porsche Macan and Porsche Cayenne have been condemned for various reasons, yet they have allowed Porsche engineers to develop new sporty models one after the other.

This time Porsche made yet another statement with track-focused Porsche Cayman GT4 RS. This follows just a few months after when a Porsche 911 GT2 RS showed a breathtaking performance in Nürburgring.

It should be no surprise that the fastest Porsche Cayman GT4 RS is described as the most focused, track-capable, and aggressive Porsche Cayman ever made.

I fell in love with it numerous times, and I am sure that the brand new version will be brilliant on a track, but it will be too much of a brute as a road car.

Porsche did not disclose more information about the car’s engine, suspension, and other vital bits. We will have to wait until the world premiere in November, but I won’t be surprised if Cayman GT4 RS will be more akin to Porsche 911 than Cayman GT4, so in theory, Porsche’s engineers could make it faster than Porsche 911 equivalents, but we all know that’s not how the world works.

I never thought that a company like Porsche would be so popular as it is today. These days Porsche cars are more popular than products from other manufacturers, which are cheaper and, even occasionally, better.

Don’t get the wrong idea. I’m happy that Porsche can enjoy being a successful and profitable company, but I think this track-focused model was unnecessary.

The previous iteration of the Porsche Cayman GT4 is a fantastic vehicle, and it has no direct rivals, and today it was overshadowed by Cayman GT4 RS. And for what? To expand the RS family for the sake of losing RS badge exclusivity.

RS symbols have always been a part of Porsche 911. Even if Porsche wants to say goodbye to the long-lasted Porsche 718 family, I am unsure if this was the right thing to do.

That leads to a rhetorical question. If I want to spend 150 000 euros on Porsche, why would I buy Cayman?