Porsche 718 Cayman GT4 RS became the most expensive Cayman ever 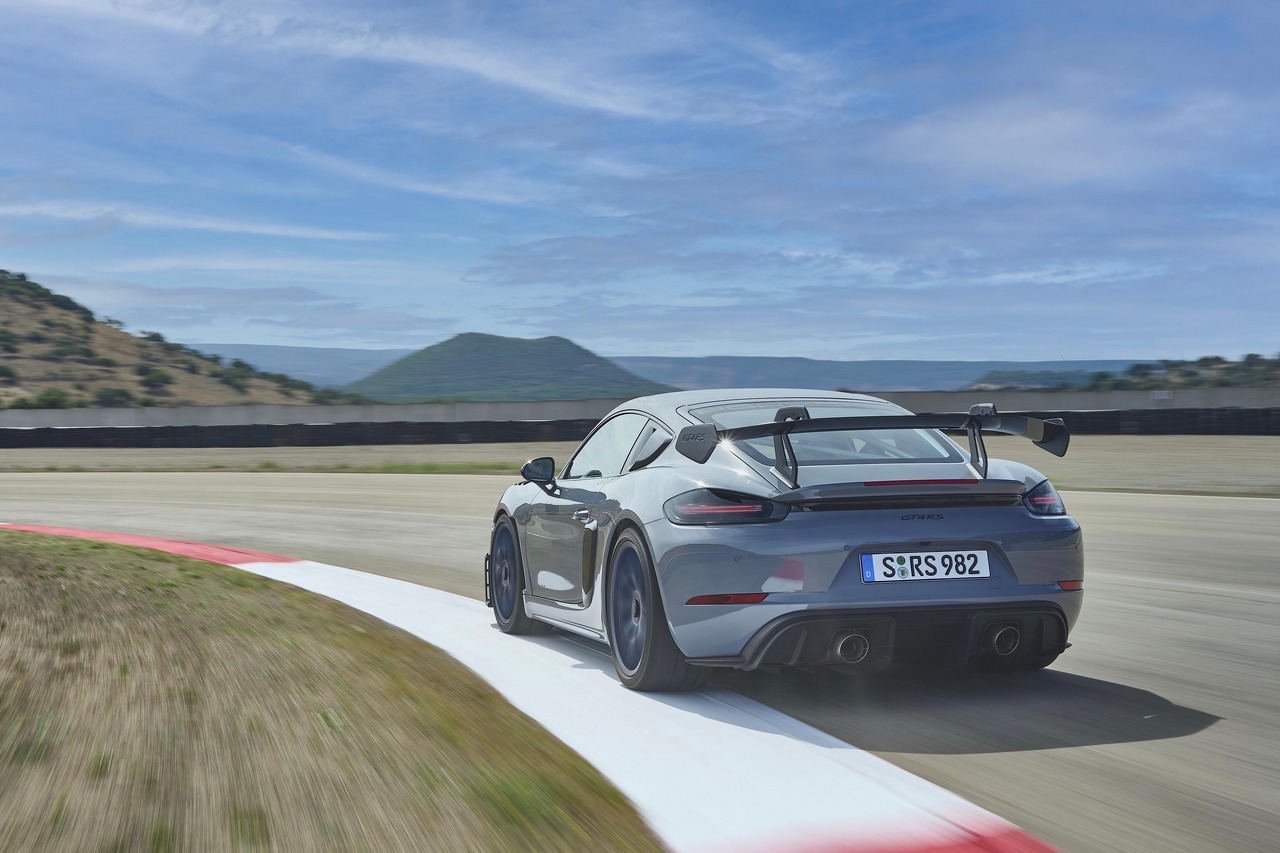 The Porsche 718 Cayman GT4 RS is the brand’s latest flagship model. Porsche has produced a model designed to deliver the ultimate driving experience to gain approval with the thoroughbred petrolheads. Not only on the track but also in the real world.

The latest version of the 718 Cayman, which comes with a 500 horsepower petrol engine, will entice any potential owner of this model to visit the Nürburgring with one purpose in mind: to beat the manufacturer’s lap times.

The RS version of the engine boasts an increase of 80 horsepower and torque from 430 to 450 Nm compared to the Cayman GT4 engine.

The air intake behind the driver and passenger windows is one of the new 718’s most noticeable characteristics. The air intakes on the ordinary 718 Cayman are substantially smaller, but they have been increased on the sportiest variant to boost airflow and assist cool the engine more efficiently.

The Porsche 718 GT4 RS, like every contemporary RS model, is exclusively available with a PDK transmission. This gearbox ensures that all speeds are shifted quickly and that the engine is constantly performing at its best.

The two-seater weighs just 1,415 kg with a full tank of petrol and no driver, which is 35 kg lighter than the 718 GT4 with PDK transmission.

The bonnet and front wings are made of carbon fiber reinforced plastic (CFRP), which helps to reduce weight. The lower amount of sound insulation and lightweight floor mats contribute to the weight reduction. Light glass is used for the rear window. Lightweight interior door trimmings with textile opening loops and storage compartment meshes round out the endeavor to shave every gram.

Shares features with the 911 GT3

When looking at the new 718 Cayman GT4 RS, most Porsche enthusiasts will probably notice one design detail right away: the rear spoiler, which Porsche maintains, is a distinguishing outward design element.

The Porsche 911 RSR GT inspired this rear spoiler, and not just for its looks. Although the spoiler design was first employed in series production on the Porsche 911 GT3, its performance gains should transform the Porsche 718 Cayman GT4 RS’ cornering characteristics. Porsche claims that the rear spoiler provides roughly 25% greater downforce on the racetrack, which backs this assertion.

The most expensive member of the 718 Cayman family

Of course, the version with the sportiest character and the most expensive toys will be more expensive. Should this frighten even the most ardent Porsche fans? Most likely not.

Porsche has announced that the vehicle will make its debut at the Los Angeles Motor Show and will cost €141,338 in Germany.

The 718 Cayman’s sportiest version should be available to first customers in December. Meanwhile, the race-ready version will debut in 2022.