Home > Reviews > New Ford Bronco review: no one has driven it yet but it’s awesome

New Ford Bronco review: no one has driven it yet but it’s awesome 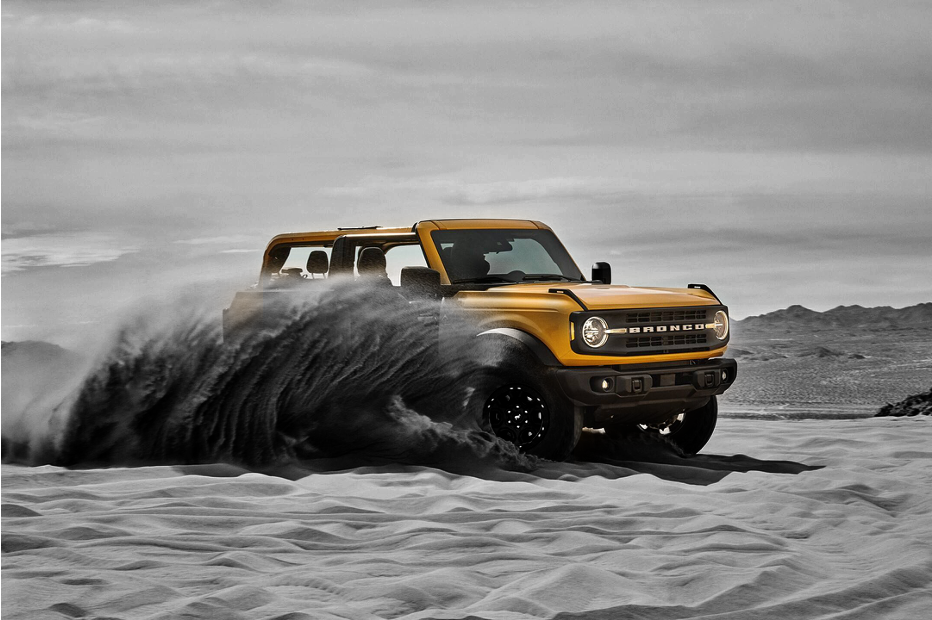 Before getting to the bottom of all the details about the new Ford Bronco, let’s get one thing straight. No one has ever driven one except engineers working for the Blue Oval.

The first secret Ford Bronco 2020 reveal took place in February. Though journalists only had a chance to have a glimpse and take some videos. Not only did they hadn’t a chance to drive it but also had had to wait through an embargo. It lifted only with an official Ford premier in July when pictures of two Ford Broncos flooded all the media.

It’s a bummer because Ford has been teasing us about Bronco since 2004 when they released a concept car. Then in 2017 manufacturer swore that is happening for real.

For now, no one can tell if it’s any better than Jeep Wrangler. This rivalry goes on and on since Bronco means untamed horse and a Wrangler stands for a person who’s in charge of horses on a ranch. Now that would be a perfect head to head but we have to wait it out. New Ford Bronco release date isn’t clear right now but you should expect it to hit dealerships at the beginning of 2021.

All we know is some technical stuff. At first, these details look like important things since all-new Ford Bronco will tackle some serious offroad. But look at it. The car looks bold and fresh. New Ford Bronco looks like a concept car come to life. For the first look in February Ford has given two models.

Ford Bronco 2020 price starts at $100. This is just for reserving it at Ford’s website. On the more serious note the new Ford Bronco is available in both two- and four-door models. Prices start at:

Both come with a 2.3-liter EcoBoost inline-four engine that makes

It’s coupled with a seven-speed Getrag manual transmission or with an optional 10-speed automatic. Do you fancy more power? Ford’s got you covered. The second option is 2.7-liter EcoBoost V-6 producing

Automatic shouldn’t have any compromises when off-roading since it has crawl gear in C position below reverse to avoid putting it during daily driving. And yes, four-wheel drive is a standard.

Trims to choose from

If this seems limited wait till you see the trim levels.

And that’s before you start to accessorize the new Ford Bronco. There will be more than 200 available accessories that can be installed at the plant, the dealership, or by the customer. Anything you need for a rugged picnic you got it:

Even the grilles will be easily swapped. Ford had no other way since Wrangler is the most customized vehicle in Jeep’s stable. But they have gone a bit further.

The new Ford Bronco has 42 special bolts on the interior and 12 to 18 on the exterior. They’re designed to attach such accessories as GoPro or any other dashcam, phone holder, and others.

At the top center of the windshield frame, Bronco has six auxiliary switches with factory-installed

wiring to various places in the car. Now installing aftermarket winches and LED bars will be piece of cake.

Of course it has removable roof

And last but definitely not the least – removable roof. On the previous Broncos, this option was such a blockbuster that Ford had to install special screws since owners were driving it with the top down and causing some serious safety issues. This time it’s more sophisticated.

Even if you’re not into all that off-roading thing, the new Ford Bronco would look like a killer SUV on the streets. Just wait a bit.