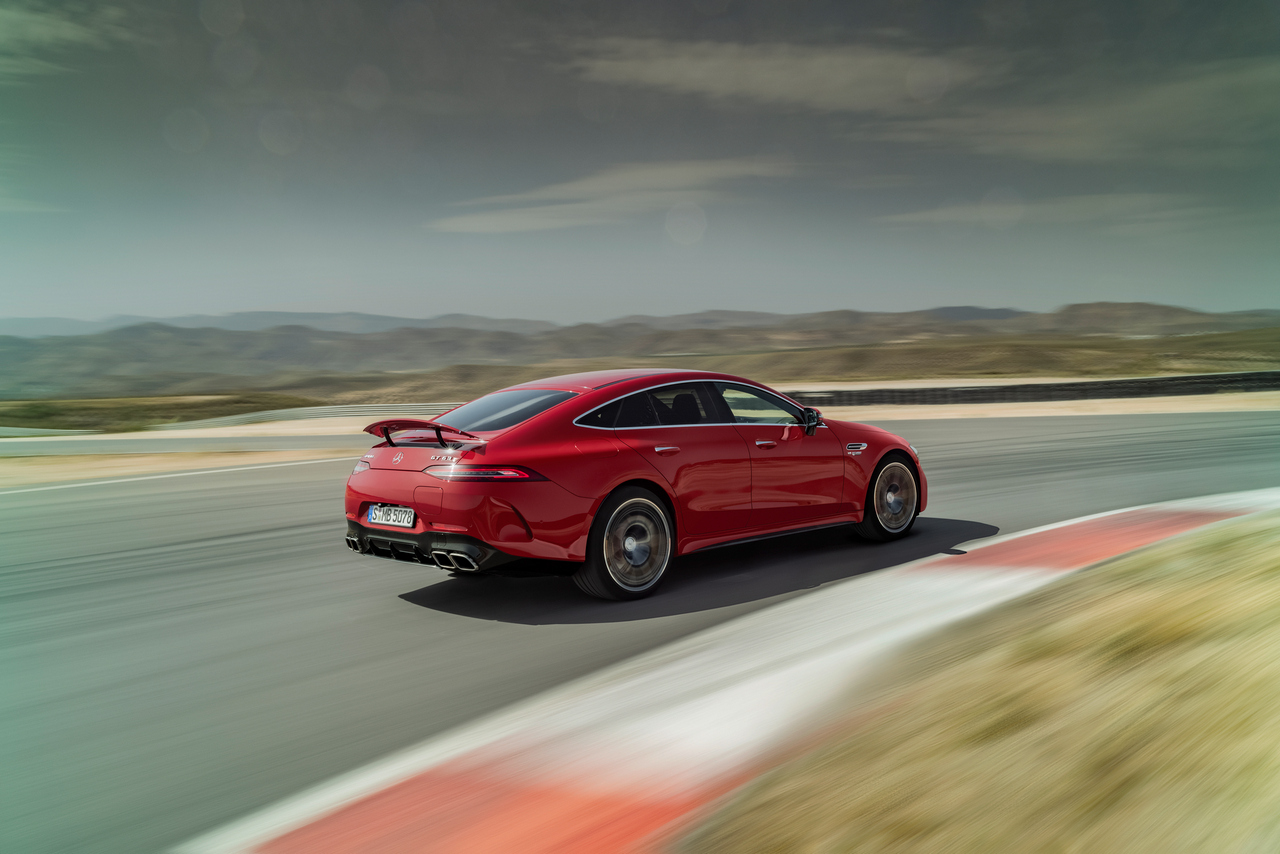 Let’s cut to the chase – this is the most powerful production-ready car in the entire and colorful history of the AMG division. Let me introduce to you a Mercedes-AMG GT 63 S E Performance.

In Mercedes-AMG GT 63 S E Performance, the Mercedes-Benz hybrid powertrain develops as much as 831 horsepower and 1400 Nm (1033lb-ft) of torque. The latter figure is achieved with the Overboost function, which will be available whenever drivers use the Launch Control system.

So, how does this vehicle pull off such a dramatic burst? At the front, there is an 8-cylinder engine. At the rear, on the rear axle, you will find a 201 horsepower engine. What’s more, the car has not one but two separate gearboxes.

The power of the internal combustion engine is sent to all four wheels via a nine-speed automatic transmission, while the power is sent to the rear wheels via an electronically controlled limited-slip differential.

It’s worth noting that the Mercedes-Benz hybrid engine was developed to be as efficient as possible, so it’s no surprise that the car can go about 12 kilometers on electric power alone when needed. That’s not much, but it should be enough to get you into the electric vehicle zone, which is poised to take over all of Europe’s main cities in the near future.

The primary competitor, the Porsche Panamera, has a significantly bigger battery and can go a greater distance in electric mode. Nonetheless, unlike Mercedes-Benz, Porsche is more concerned with the economy than with maximal performance.

Despite the impressive performance, the car’s weight has been significantly affected by the addition of dynamics-enhancing accessories. The Mercedes-Benz Hybrid weighs 2380 kilograms, or 260 kilograms more than the standard GT63 S. While AMG experts say that the chassis improvements help compensate for the weight increase, the new adaptive dampers and the rear air suspension is unlikely to mask the weight change. Especially in corners.

The new Mercedes-Benz model is a direct demonstration of what we can expect in the future.

Many additional AMG and Aston Martin vehicles will employ this hybrid powerplant. At the same time, the Mercedes-Benz C63 AMG will be powered by a four-cylinder engine rather than an eight-cylinder. The smaller sibling will also be equipped with a strong electric motor that will attempt to compensate for the V8’s grunt by providing more spectacular acceleration considerably, but will this be enough?