INEOS Grenadier – an SUV that’s not for soccer moms 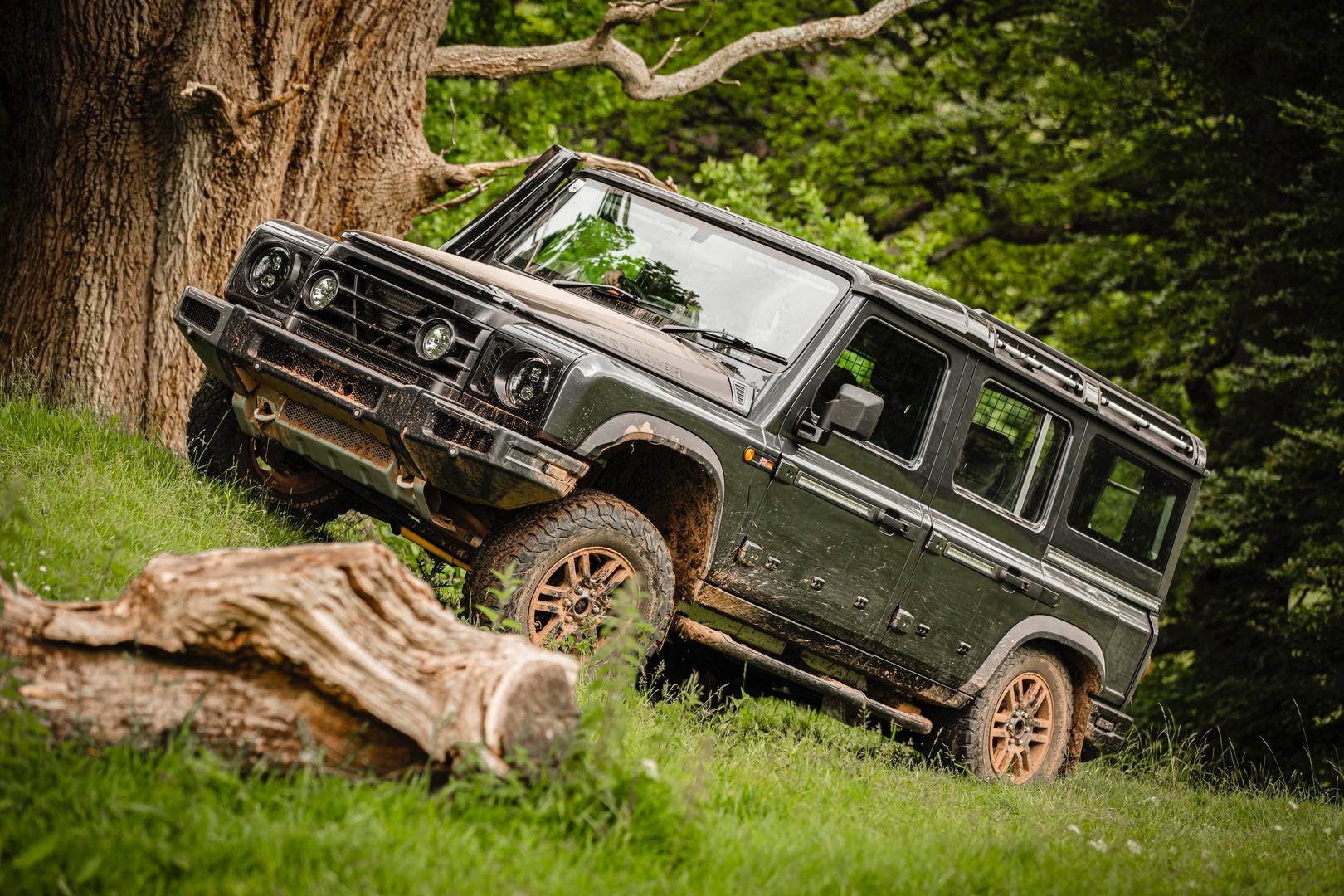 The idea for such a masculine SUV was born after Land Rover ceased the production of the legendary Defender in 2016 due to dated design, lack of refinement, and heavy emission standards. While the completely redesigned Defender was launched in 2019, die-hard fans of boxy design and exposed door hinges miss the original Defender. That’s where Sir James Arthur Ratcliffe, the founder of Ineos Automotive Ltd, kicked in.

He decided to replace the original Defender, preserving most exterior design bits but making the car more refined and comfortable. It doesn’t mean they aim to build a family cruiser – it means it isn’t the 1950s anymore.

The car looks a lot like the old Defender, but they don’t share a single part. INEOS Grenadier will be available with two BMW six-cylinder engines – 285 HP 3.0 L inline-six petrol or 249 HP 3.0 L inline-six diesel. Unfortunately, no manual gearbox is in sight now – only an 8-speed ZF automatic transmission with, undoubtedly, low range mode and a central lock differential.

The Grenadier is based on a solid ladder chassis paired with a coil spring suspension. For comparison, the new Defender has an air suspension, which mainly aims for comfort instead of off-roading.

So, the Grenadier is a pure off-roader. Even though it’s not built for city commuting, reaching wilderness through busy city streets won’t be a challenge.

Another sign that Ineos Automotive doesn’t build an SUV for the masses is extreme testing conditions. They took the Grenadier to 15 countries in February 2021 for desert, heat, mountain, and snow testing. The car had to maintain traction on all kinds of surfaces, withstand temperatures up to 41°C and a lack of oxygen, keep running through dusty environments, and keep the suspension in one piece while climbing over the rocky hills.

I love their aim to make the car’s maintenance as basic as possible, meaning that many issues can be solved using a few wrenches and a hammer. There are as few ECUs as possible – most systems are analog. Basic mechanical knowledge is all you need to keep the Grenadier running.

Can you buy it?

Not yet. There are many prototypes built for testing and press, but it’s still in the development phase, and some bits may still be changed. The official launch is planned for July 2022, so let’s hope that nothing gets in the way of it!