Home > Reviews > How Would BRABUS Enhance Your Mercedes?

How Would BRABUS Enhance Your Mercedes? 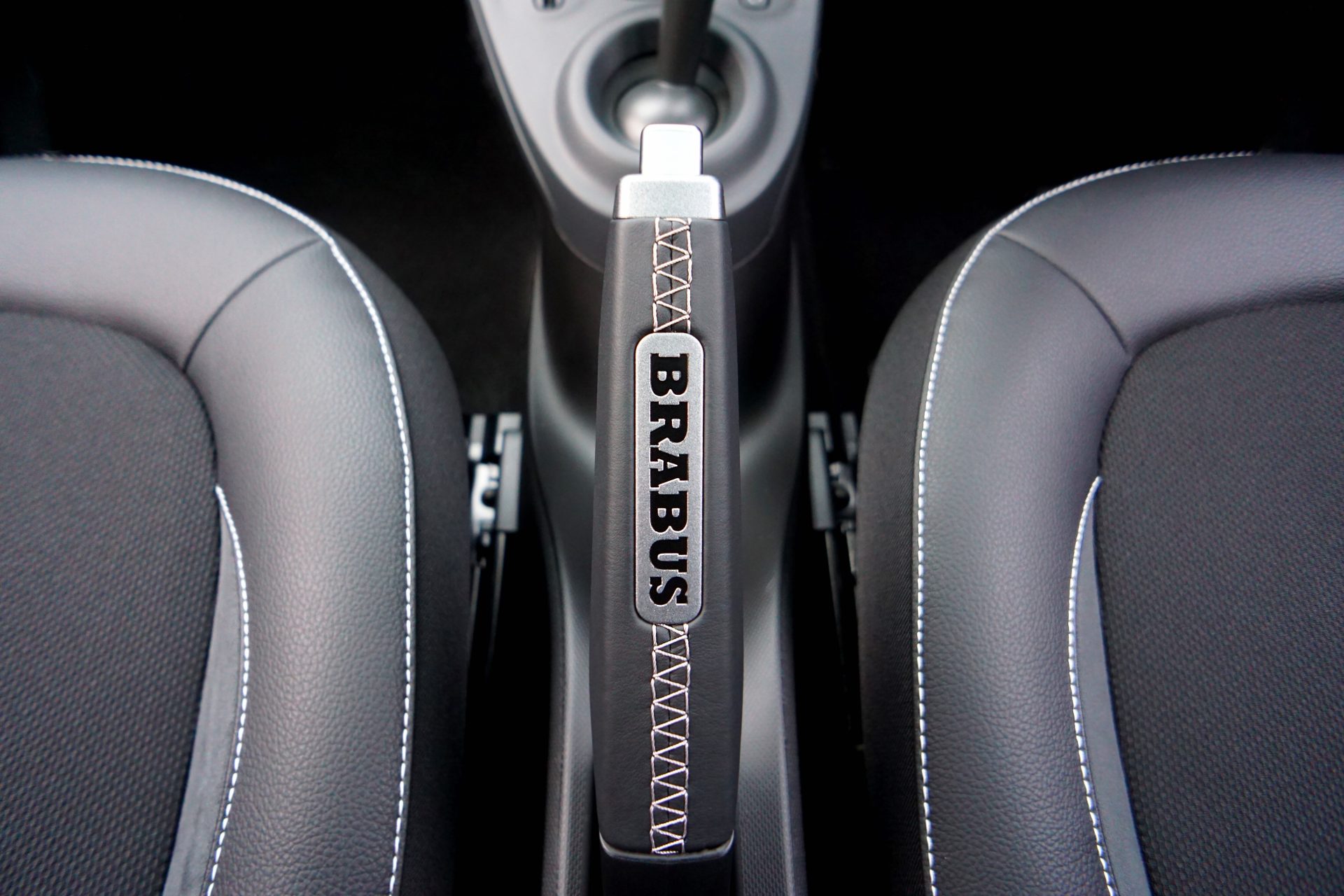 Oh, how my day lightens up when I hear a rumbling Brabus roaming past me in the city. They can do almost anything to your Mercedes-Benz. They can preserve the sleek design of your S-Class, only adding some tuning touches to the engine. Or break the soft shell with a loud exhaust system, spoilers for improved aerodynamics, and up to 1000 hp power plants called ROCKET engines.

And remember – Brabus is nothing like AMG. While AMG is a performance line of Mercedes-Benz, Brabus is an independent aftermarket tuning company. Let’s get into a bit more detail and see what makes Brabus such a desirable brand.

Unlike most other large and well-known automotive companies, Brabus doesn’t have any remarkable or old history behind it. The company was founded in 1977 when Bodo Buschmann wanted to modify his S-Class Mercedes-Benz in the way that no other shop could. So, he chose to establish his own automotive aftermarket tuning company.

At that moment, any new company had to be registered on two names. Buschmann offered his friend Klaus Brackmann to establish this Brabus company together (the name BRABUS consists of three first letters of each founder’s last name.)

The funniest part is that Brackmann later sold his company’s shares to Buschmann for 100 euros.

Now it is one of the largest independent automobile tuners in the world. They specialize in modifying Mercedes-Benz, Smart, and Maybach automobiles.

How does the magic happen?

First of all, Brabus centers are nothing like regular oily and dirty workshops we all are used to. They mean class and business – even the cars are being washed to perfection before working on them. While they offer lots of aesthetic improvements, their main focus is the performance – enormous power, torque, and improved aerodynamics.

Remember the early 2000s when most automotive tuning parts were unnecessary, maybe even spoiling aerodynamics? Brabus plays it differently. They know how to combine attractive aesthetics with improved aerodynamics. That’s why various hand-crafted body panels not only look beefy but also are a big part of an astonishing 0-100 km/h times and top speeds. Often these bits are made of carbon fiber to reduce weight.

Brabus engineers don’t perform chip tunings for some additional horsepower while compromising on the engine longevity. They choose harder but better ways of tuning.

One of them is increasing the engine’s capacity by even more than 20%, which means new pistons, crankshaft, and so on. And it’s definitely not done with the help of some drill. Even car manufacturers don’t use such high-tech tools, and procedures like Brabus does.

By the way, that 20% increase is not enough, so Brabus produces their own turbocharger systems. It means that they would gladly put a twin-turbocharger in your enlarged V12 engine, which beefs its torque up to 1000 Nm!

As modified cars gain more power and torque, they also have to be adapted to handle that. That’s why tires on some Brabus cars cost more than a new compact car. In some cases, even the original AMG brakes aren’t good enough for such high-performance vehicles. Then Brabus provides cars with more durable and effective brake calipers.

The harder you go, the harder it is to stop!

There are some limitations

Even though Brabus experts always find ways to meet customer’s needs, some requests cannot be fulfilled because of safety reasons. For example, they won’t put exterior accessories that would be dangerous for pedestrians. They also won’t fit various metal badges on the interior panels where airbags are because they could be lethal in an accident.

Brabus also provides Mercedes, Smart, Maybach cars with a custom exhaust system if needed. After such improvements, drivers can shift from smooth and quiet to loud and rumbling engine notes with a push of a button. However, engineers won’t go over the legal noise limits.

So, if you’re more into loud noise and madness than performance, you’ll have to look for a more shady workshop!