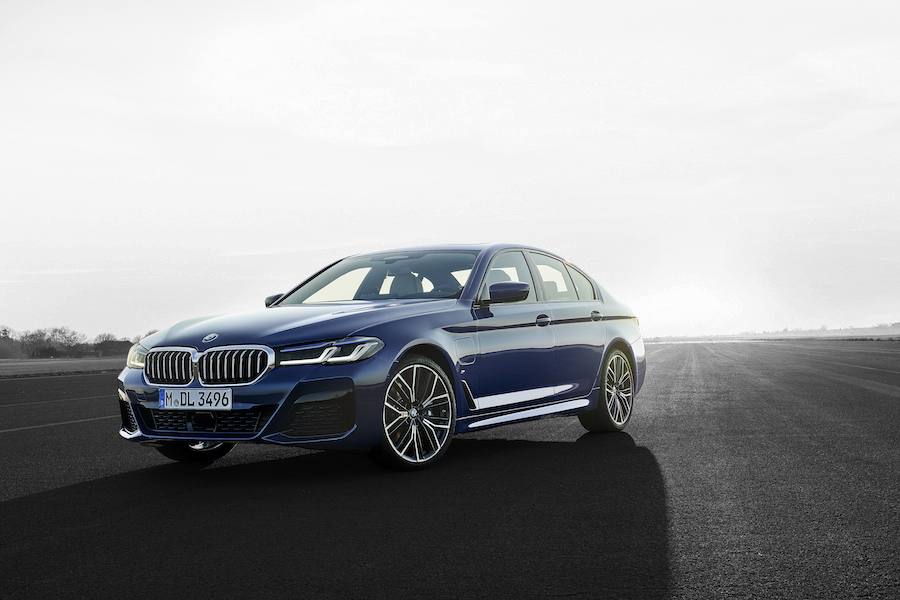 Busy days at BMW. They’ve updated their bread and butter – the 5. Bit of botox here and there, new lights and a big fat grille on the front. Also a bump in screen size, crispier map graphics, and faster connectivity. Because of 2020 facelift. Now 2020 BMW 5 series is ready to get through its mid-life crisis.

You either get a mild hybrid with an oversized 48 V starter or plug-in hybrid. So 530i, 540i and M550i got additional 11 HP. Frankly only BMW 530e specs stand out. It has a bigger battery that powers a motor that works in tandem with a four-cylinder petrol engine. So now it has 290 horsepower.

Is it fast then?

Depends. BMW 5 Plug-in Hybrid doesn’t feel short of a shove. It states its intentions clearly. The car’s definitely geared more towards relaxation than any bonkers sports saloon. Give yourself a favour and stick it in Hybrid mode. The previous 530e was an effortless thing of beauty. As long as you don’t forget to plug it in once in a while.

No way. Since it’s a facelift, it still has the electric motor upstream from the transmission. So gear changes are real even in Electric mode. Transition is so smooth that it’s hard to tell when the petrol kicks in.

And yes, you can kill the petrol engine

But only for around 30 miles. And only if your right foot behaves. 2021 BMW 530e sticks in electric mode for as long as the battery will last. No matter how hard you push. Be careful and don’t deplete that 12 kWh too vigorously.

Almost forgot to mention. Now you can open it with your iPhone. Seriously. Also, the owner can subscribe to such luxuries as heated and cooled seats, M Sports chassis setup, autonomous climate control, and others. You can cancel anytime you like. Just like with Spotify or Netflix.