Home > Reviews > Finally! Cartoonish Honda Civic Type R design is a thing of the past

Finally! Cartoonish Honda Civic Type R design is a thing of the past 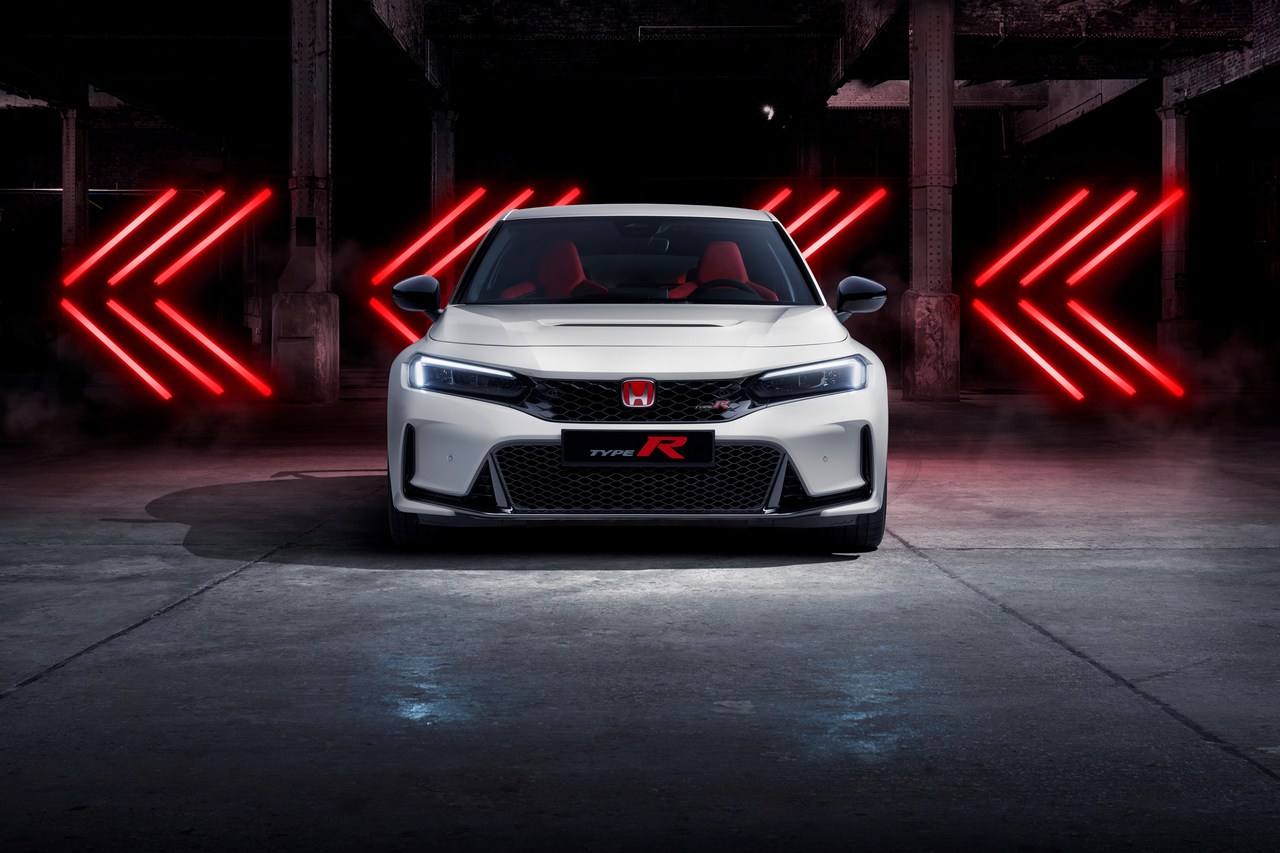 Ford, Hyundai, and Volkswagen should be worried – Honda introduced the all-new Civic Type R. Japanese manufacturer claims that the new model is the most exhilarating Civic Type R to date, carrying on a long tradition of performance automobiles inspired by the spirit of racing.

The new Type R is based on the sleek appearance of the previously revealed Honda Civic. However, the Type R has a lower and broader stance to enhance the sporty look and improve driving performance.

The exterior design now transmits a sense of coherence, with clean accents and wonderfully integrated design features. All elements were designed particularly for the Type R and provide more significant aerodynamic benefits.

The prominent lower grille of the front bumper improves airflow to the engine and coordinates with the new bonnet, which now has a vent to improve airflow around the front end.

Other aerodynamic design elements include substantial aperture vents behind the front wheels and a new, larger rear diffuser built directly into the underfloor – itself intended to operate in tandem with the bodywork above.

The radical new rear spoiler design adds to downforce creation and is oriented rearward to reduce air resistance. The rear wing is lower but broader than the previous model, thanks to new aluminum die-cast mounts, emphasizing the sleek new roofline and wider stance.

In the revised interior, the driver will sit lower than before. The lightweight sports seats with suede-effect fabric support the driver’s postural structure, allowing them to move with comfort and agility on the track.

Depending on the selected driving mode, drivers can choose between performance settings, including engine, steering, suspension, and engine sound modes.

The Honda LogR data logger returns in a substantially enhanced form. Combining performance data acquired by in-car sensors with a smartphone app allows drivers to monitor and record a range of parameters in real-time.

Key features include a stopwatch to record lap times and tire friction circles that display the maximum tire force the vehicle can achieve.

3D vehicle motion display helps drivers improve their skills on the track, as well as much more to engage drivers and encourage safe, accurate, and incrementally faster laps on the track.

More power to you

The upgraded turbocharger now has a small housing, which improves the efficiency of the entire unit. The turbochargers blade count and form have been adjusted to increase power and enhance airflow through the turbo. The Type R’s engine now features the most potent VTEC turbocharged engine.

Along with those mentioned above, a new, high-efficiency exhaust system helps the Civic Type R become one of the most potent per liter vehicles in its class by enhancing the power-to-weight ratio, torque, and top speed of the previous generation Type R.

The revised Brembo braking system keeps the two-piece discs from the previous model for a better feel and durability. However, Honda improved the engine’s cooling system to ensure prolonged, optimal performance even under heavy use.