Chrysler 300 Hemi C Concept – the only cool convertible from Chrysler 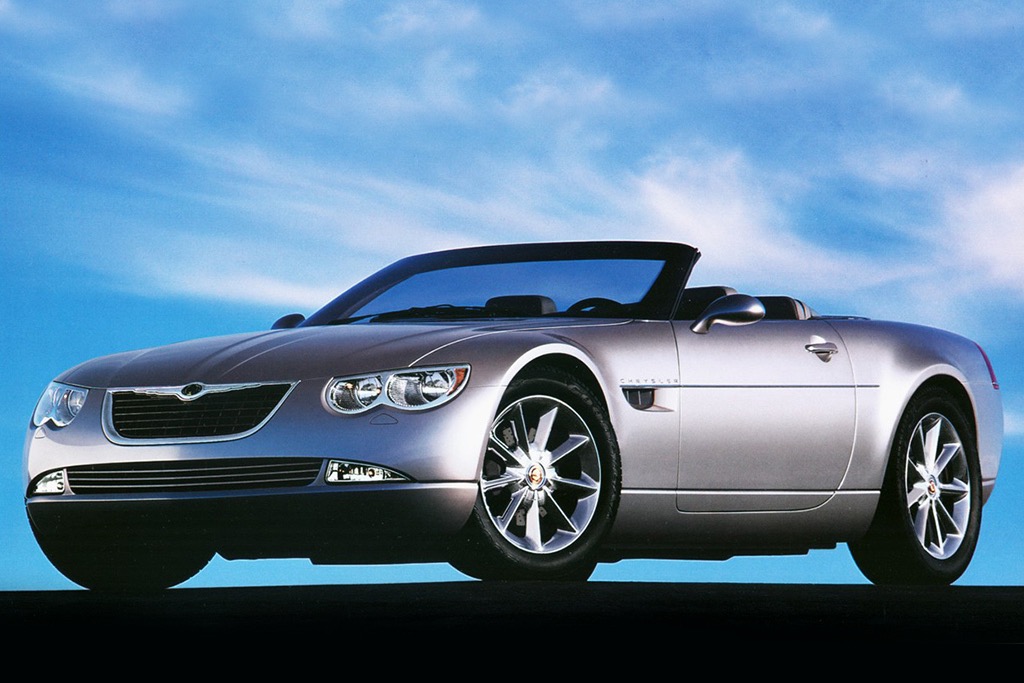 The late 90s and early 2000s were exceptional for car concepts. Designers began combining speed, luxury, and aerodynamics, generating awesome ideas for future models. One of the best Chrysler concepts ever is the 300 Hemi C Concept, which had everything the world wanted from future muscle cars.

The Chrysler 300 Hemi C Concept has a long and sleek 2-door convertible design. It received many design bits from the already-successful 300M – nearly identical grille, headlights, and pointy nose. It was even built on the same LH platform as 300M, LHS, Concorde, and Dodge Intrepid. Engineers just had to convert it from FWD to RWD.

The engine is the best part – a 5.7-liter V8 HEMI boasting 353 horsepower. Paired with a four-speed automatic transmission, this powerplant would make 0-60 mph in 5.9 seconds.

While the design is posh and exotic, it’s still a Chrysler. It wouldn’t be nearly as refined as Aston Martin, Mercedes-Benz, or other luxury grand tourers. But that’s how American cars were made back in the 90s and 2000s – they were cheaper than European rivals, offered the same performance, but with fewer fancy features to brag about.

While Chrysler’s interior quality wasn’t very pleasant back then, their cars had generous optional extras. But they set even higher standards in the Chrysler 300 Hemi C Concept. It’s a soft-top convertible, so engineers went an extra mile to provide better security, including a fingerprint scanner and a tiny camera. These features would only let the engine start after identifying the owner.

The car also had a GPS, an integrated laptop computer, and even internet access. Many features can be controlled via voice command. They probably set the bar too high, didn’t they?

Take a look at the Chrysler lineup. They had been offering miserable Sebrings, 200, and Crossfire as convertibles. Today, they only sell the 300 and Pacifica minivan. In fact, if you want a Chrysler V8 convertible (or at least a coupe) from the 21 century – you’re out of touch.

Chrysler 300C was a total success in the mid-2000s, but the world also needed fun, luxurious, yet affordable V8 convertibles. This also could’ve been a huge success – not everyone’s a fan of Mustang!