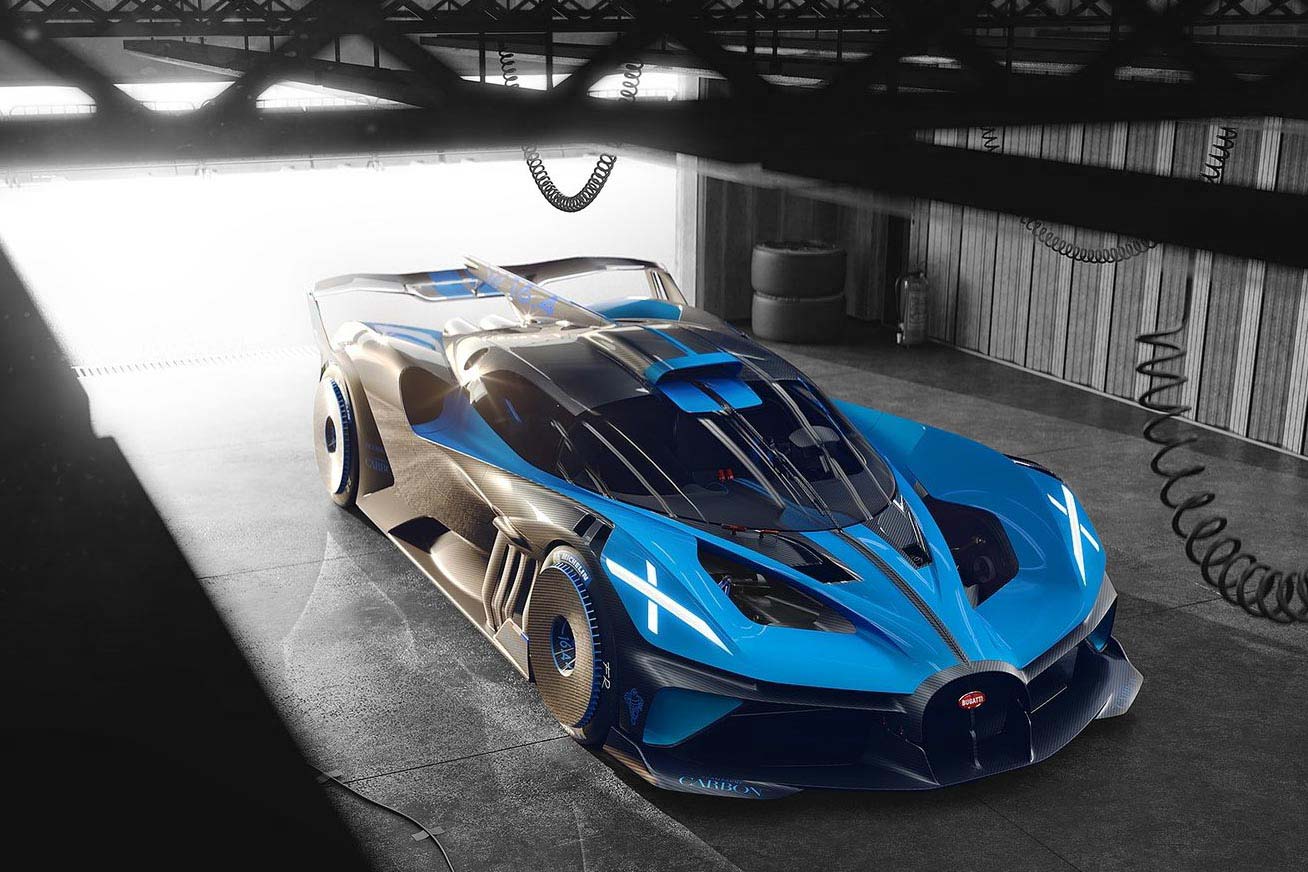 You probably remember Stephan Winkelmann. He was the president and CEO of Lamborghini for quite some time. But a few years ago he moved to Audi Sport brand and now he runs Bugatti Automobiles.

And his latest input to the automotive industry is this – the outrageous Bugatti Bolide study. Some sort of a super-hyper-mega car of the future. Or simply a car from an arcade video game if you ask me.

I was never a fan of cars that are pointless. I do like the idea of a Bugatti Veyron or the Chiron though. But these cars got a point – both the Veyron and the Chiron are extremely well engineered and basically reflect the limits of Volkswagen Group technologies.

But with the Bolide they went completely bonkers. Imagine that, for the beginning. You launch the car and 20 seconds later you’re doing nearly 500 kilometers (310 miles) per hour.

So according to these numbers, the whole acceleration should be painful. Or at least, you could have trouble breathing for these mind-blowing 20 seconds if you’re not an athlete. However, Bugatti claims that the data provided is a simulation only.

Let’s talk about the looks. I find it quite similar to the X-wing from Star Wars. The whole end of the car is vastly exposed with quad exhaust pipes right in the middle. The car also has a big fin that separates the whole body alongside from middle to the very rear end.

There are a massive rear wing and large rear diffuser. Every bit of this arcade racer looks purpose-built. The car is equipped with an 8 litre W16 unit from Chiron with an additional boost that increases the power to 1824 HP and 1850 Nm.

Imagine that amount of force in a futuristic body of 1240 kilograms (2733 lbs). And that, ladies and gents, brings us to ridiculous power to weight ratio of 0.67 kg per HP. Every horsepower is accountable just for a little more than half a kilo – how do you control that?

I kind of like the way it looks. A bonkers, brutal and every little bit functional racecar of the future. But then again – how am I supposed to enjoy it when my mind goes offline every time I step on the accelerator? Luckily, it’s only a study. At least, for now.