Brand new Hummer EV: 1000 HP and looks from the future 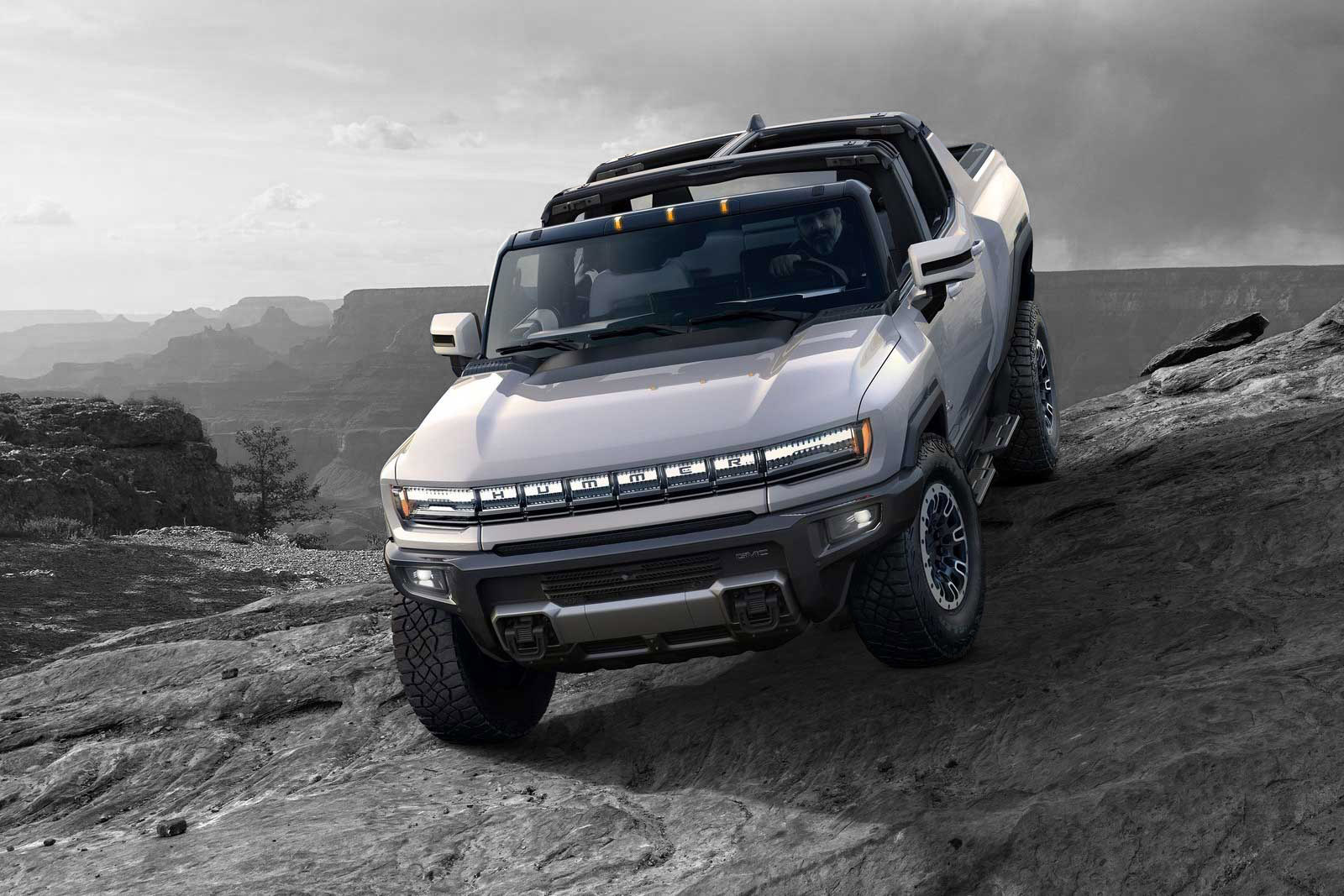 Remember the original utilitarian Hummer H1? It was a beast in the class of its own – there was no car that could provide such brutalism and chunkiness. It was an army car that you could legally drive down the road.

In fact, it was designed like an army car in the first place. The H1 had the robustness of a tank: it looked like it could easily start after the nuclear explosion.

With the latter H2 and H3 models, Hummer did try to reimagine the original car. There were many details that were influenced by the H1 but yet, these were so much more civilian than the original model.

And here it is – the brand new GMC Hummer EV. An electric beast with a power of lightning – a 1,000 horsepower and, wait for it, 15,592 Nm or 11,500 lb-ft of torque. I bet the earth will start spinning faster if a couple of Hummer EVs decide to go for a drag race. Or slower, if they launch it in the opposite direction.

And yes, despite it looks like an offroader from the game Cyberpunk 2077, the car is supposed to be capable of kicking some ass in supercars territory. GMC claims the EV could accelerate to 60 mph (96 km/h) in just 3 seconds.

It’s all fun and games until you see the pricing. Since electric cars are on the north side of expensive, you could expect it to cost a lot. It is officially told the first iteration of Hummer EV will carry the price tag of 112,595 USD next year. It is announced some cheaper and less powerful versions to follow later on.

Committed to getting one already? Well, take note that it will not cover more than 560 km or 360 miles. Charging capacity seems to be great, though. 160 km or 100 miles of range is expected to be recharged in just 10 minutes.

Have a look at its interior, too. In my eyes, it is raw and mad at the same time. I spy some physical buttons which is a great thing to have in future cars. But I also catch myself liking that single horizontal front light beam when it comes to exterior design.

GMC also claimed the Hummer EV to roll out of the factories on 35 inch Goodyear all-terrain tyres that are supposed to drive over any obstacles that are in the vertical limits of 457 mm or 18 inches.

If you ask me, I think this is the best reimagination of the classic H1. They did it right with the key ingredients: a thousand horsepower, massive wheels and styling that covers your skin with goosebumps. A proper job, GMC.

Although, now we have to wait for some American car enthusiasts to bring it over here to Europe. I bet seeing one with my own eyes will leave me speechless.