BMW M3 Touring will be the ultimate family car 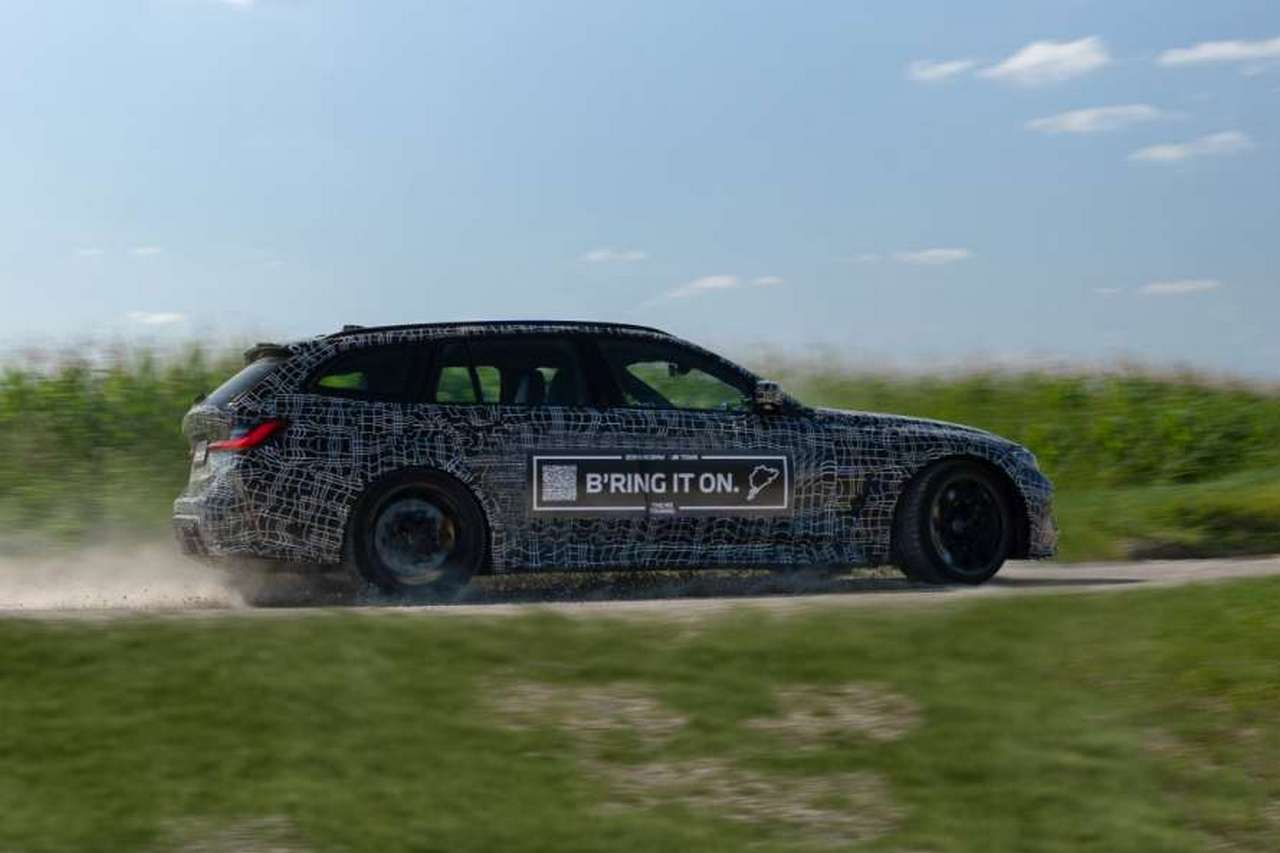 A few months ago BMW announced that the BMW M3 Touring would be the first addition to the BMW M family, and that the most practical version of the BMW M3 would be available in 2022.

While Mercedes-Benz is working on the next-generation C 63 AMG, BMW continues its teasing campaign with photos of a camouflaged BMW M3 Touring.

BMW is keen to show slightly altered body lines, and a sticker on the side of the car suggests that BMW won’t miss the chance to break the new estate’s bones on the world’s most demanding racetrack.

There will be no manual gearbox option.

The next-generation BMW M3 saloon is available in several different configurations in many countries.

Depending on your needs BMW M3 could have a rear-wheel drive or all-wheel drive, manual or automatic transmission. I like this freedom of choice!

However, the forthcoming BMW M3 Touring will only offer an automatic gearbox and xDrive four-wheel drive configuration. This decision by BMW makes me a little sad, but on the other hand, it is a logical decision.

Since those with a family will buy the car, the additional safety lock should help please a much-loved spouse who is skeptical about a loud, booming estate.

I think everyone has passed that stage, where we can forget one design feature that was criticized 24/7. In truth, it’s best to ignore it.

The Existence of BMW M3 Touring makes me happiest because this time, BMW was brave enough to offer a car, which will do everything. Everything.

If anything, what the BMW M3 saloon taught me, it became more aggressive and more exciting, but at the same time, it can be comfortable enough to use as a daily driver.

A Straight-six engine is somewhat of a masterpiece. A sheer of brutal force and that flat torque curve every time makes me giggle like a child.

And finally, BMW ditched an awful double-clutch unit and replaced it with a much smoother automatic.

Pair everything with a much more practical and more spacious station wagon, suddenly BMW M3 Touring looks like an ideal car.

BMW always had the right ingredients to make a fast, comfortable, practical, and exciting station wagon.

It has to be said, few attempts were made to entice enthusiasts to purchase BMW M5 Tourings. But the more compact BMW M3 never had a body type that could be dog friendly vehicle.

While brand new BMW M3 Touring is still lurking around a corner, I thought everyone should remember a forgotten prototype. A vehicle, which wanted to break through to mass production.

The BMW M3 Touring was created by a team of engineers who believed BMW should compete with Audi and Mercedes-Benz quick estates.

Just imagine what an excellent car it would be. Screaming straight-six, manual gearbox, and a fine E46’s chassis would make it an outstanding BMW. Saldy, but for unknown reasons manufacturer backed off.