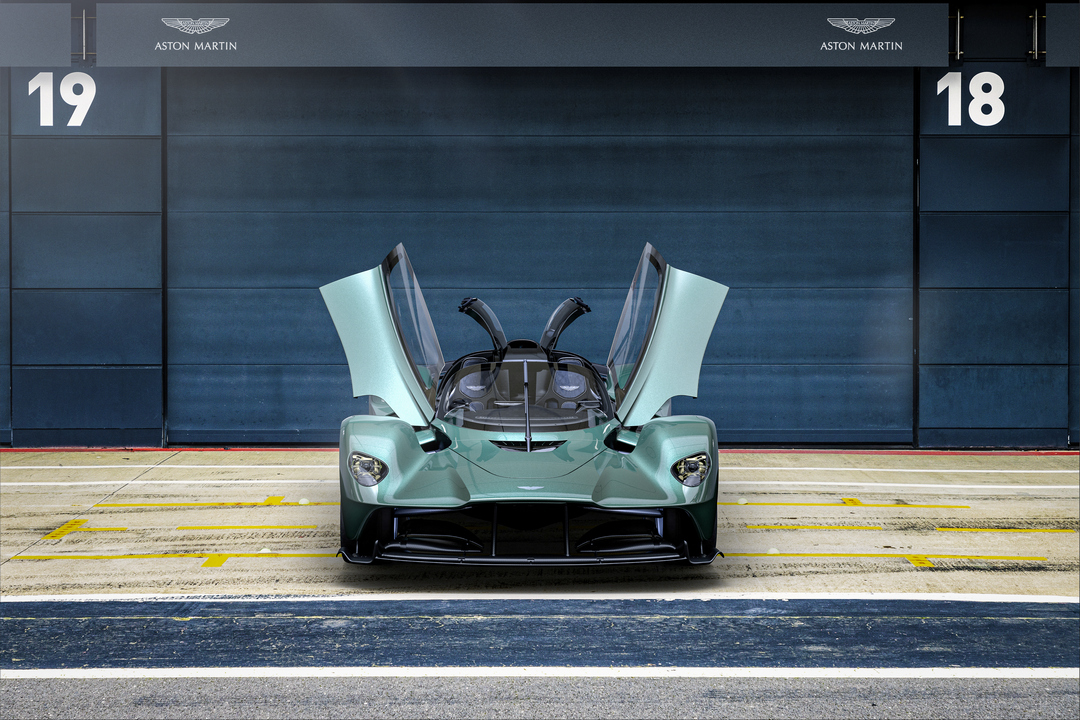 The sibling of the ultra-expensive and blisteringly fast supercar will excite every motorist by allowing them to hear the incredible music even louder.

While the Aston Martin Valkyrie’s unique 1155 horsepower hybrid V12 powerplant remains intact, the Valkyrie Spider has had its carbon fiber structure revised, as well as the active aerodynamic and active chassis systems precisely recalibrated. All with the goal of retaining maximum Valkyrie performance when driving with the roof off.

The ultra-lightweight design and high downforce aerodynamics package are critical to the Valkyrie Spider’s unparalleled performance.

The teardrop-shaped cockpit’s upper body surfaces and bottom tub shapes follow the envelope of space available between the massive full-length Venturi tunnels that run each side of the cockpit floor.

These tunnels, which draw massive amounts of air beneath the car to feed the rear diffuser, are crucial in generating the Aston Martin Valkyrie Spider’s exceptional levels of downforce in track mode – while keeping the upper body surfaces free of additional aerodynamic devices that would spoil the purity of the open-top styling.

Valkyrie Spider has a custom, detachable lightweight roof made of carbon fiber that latches into the tub at the back and the windshield surround at the front, as well as a set of polycarbonate roof windows hinged on each side.

When the doors are opened, the roof may be lifted and stowed.
The carbon-fiber tub has been modified to accommodate the detachable roof panels and the luxury open-top configuration, as well as new doors.
The Valkyrie Spider’s distinctive front-hinged dihedral doors have been modified to tilt forward.

Aston Martin Chief Executive Officer Tobias Moers said: “The Aston Martin Valkyrie is the product of incredible innovation and technology, but above all, it has always been about emotion. With the Valkyrie Spider, we are taking that passion and emotion to the next level. The driving experience promises to be truly sensational. The sound of that 6.5-liter V12 engine revving to over 11,000rpm with the roof removed is something I cannot wait to hear.”

The interest in the new version of the Aston Martin Valkyrie, which has surprised the manufacturer, has prompted the British company to increase the number of models planned for production to 85 units. Although this figure appears to be shockingly low, keep in mind that this is a limited edition model intended for vehicle collectors.