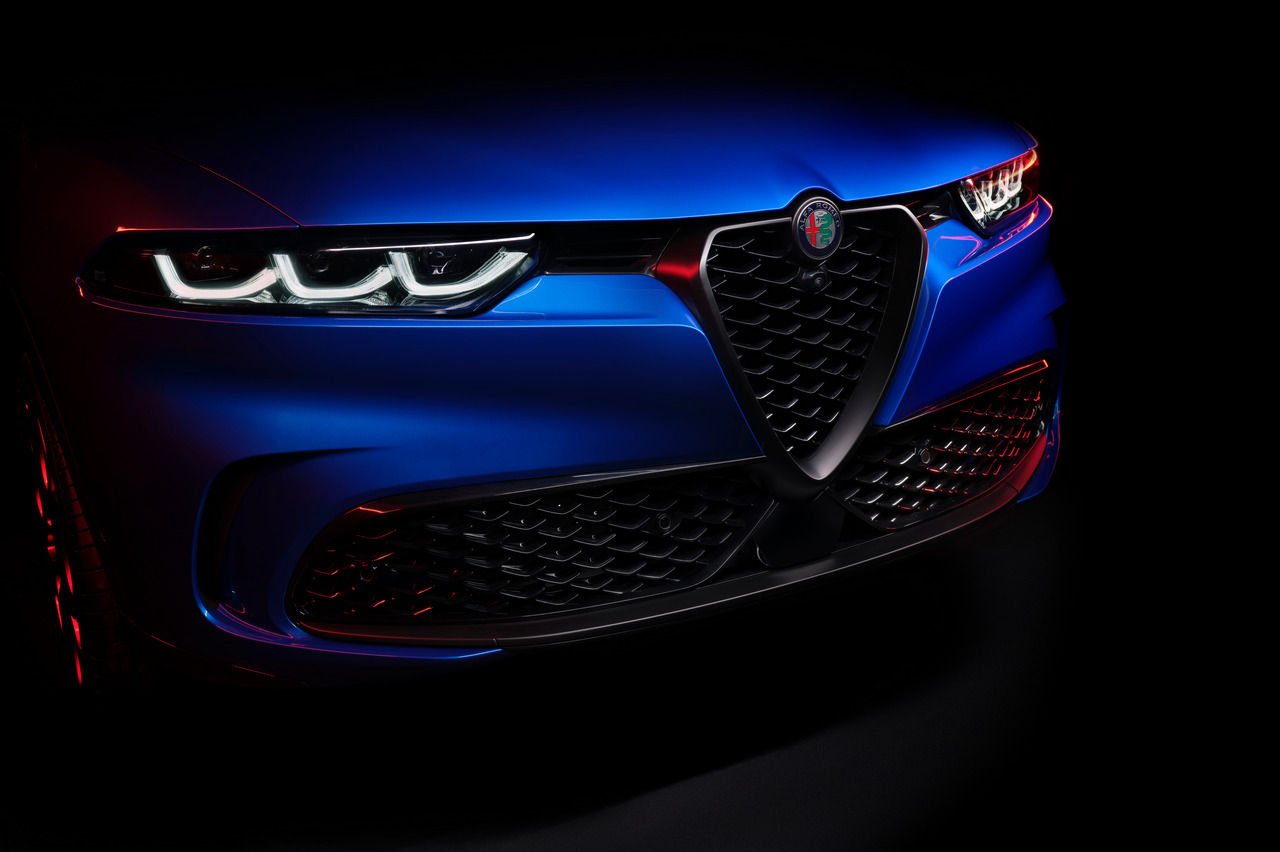 What makes Alfa Romeo great? What makes every Italian manufacturer great? They’re attitude to automotive trends and willingness to do things in their own way.

While this attitude helps to please enthusiasts, all those compliments just remain compliments. Most vocal enthusiast rarely put their money where their money is. Even if they did, there is just so few of us to help the company operate profitably. And Alfa Romeo knows it. It’s time to act like an adult and bring essential marques values to the most critical segment in Europe.

After Alfa Romeo invested in a costly Giorgio platform, I hoped they would use it to create different models. From compact Giulietta hatchback to luxurious seven-seater SUV. I hoped that with the Giorgio platform Alfa Romeo could spin off sports-coupe. Sadly, I was wrong.

Alfa Romeo Tonale is one of those projects that was greenlighted just before the new Stellantis era. So it’s not surprising that a compact SUV is created from overhauled Jeep Compass architecture. While Jeep Compass is an astonishingly disappointing SUV, the company highlights that the engineer’s goal was the perfect weight distribution between the two axles. In this way they could to improve Alfa Romeo Tonale’s dynamic abilities. This required special management of mass and materials, which was done by working on the car’s layout and placing all the heavier components as centrally as possible.

Alfa Romeo also employed the most direct steering in its segment with a 13.6 steering ratio, braking system with 4-piston fixed calipers by Brembo, fully independent MacPherson suspension system, and Frequency Selective Damping (FSD) shock absorbers. Also, it is the only model in its class to be equipped with the Integrated Brake System (IBS).

It looks like Alfa Romeo really put a serious effort to distance itself from horrible Fiat 500x and Jeep Compass.

After the brilliant Giulia and Stelvio QV version, I was delighted to hear that Alfa Romeo is considering a smaller model with a clover-leaf badge.

Alfa Romeo CEO Jean-Philippe Imparato confirmed that the company is working on this exciting version. Still, he insisted that he won’t push the green button unless engineers could get the highest level of performance. This type of attitude Alfa Romeo needed a long time ago.

While engineers look for ways to create a version of the QV that lives up to expectations, the Alfa Romeo Tonale SUV engine lineup looks relatively normal. Initially, Tonale will be a 1,5-liter turbocharged petrol engine, developing 130 or 160 horsepower. The latter one has a variable-geometry turbocharger paired with a 7-speed TCT dual-clutch transmission. The 48-volt 55-Nm electric motor makes it possible for the 1.5-liter gasoline engine to propel the wheels even when the internal combustion engine is turned off.

Also, there will be a 130 horsepower diesel and 275 horsepower Plug-In Hybrid. With this powertrain, Alfa Romeo Tonale SUV will accelerate from 0 to 100 km/h in 6,2 seconds or as fast as Volkswagen Golf GTI. Also, it will go up to 80 km on electricity alone, and that should be more than enough for most who live in urbanized areas.

However, an ideal version will be sold just in the United States and the Middle East. In these markets, Alfa Romeo Tonale SUV will have a 2,0-liter, four-cylinder turbocharged engine from Giulia and Stelvio. While it develops the same horsepower levels as the Plug-In Hybrid version, lower weight and a more non-intrusive driving experience will be the ideal choice until the QV version arrives.

NFT technology used for good cause

One of the many intriguing parts of Tonale is the use of non-fungible token (NFT) technology. In fact, Alfa Romeo is the first automaker to link a car with an NFT digital certificate.

This technology is based on the “blockchain card” concept, a confidential and non-modifiable record of the main stages in the life of an individual vehicle.

Upon customer’s consent, the NFT will record vehicle data, generating a certificate. It can be used to guarantee the car’s overall status, with a positive impact on its residual value.

NFT certification represents an additional source of credibility for owners or dealers to count on on the pre-owned car market.

A few months ago, Alfa Romeo stated that he wanted to create cars and not screens with wheels. While Alfa Romeo could behave like other manufacturers and install dozen of screens, but they did the opposite.

I am confided that gadget crazy enthusiasts will call Tonale’s interior outdated, but I call it classically correct. Capable of extending Alfa Romeo traditions to the modern age. In truth, I am more worried about the interior quality.

Alfa Romeo makes vast claims about Premium materials and perceived quality, but these claims should be truthful. Everyone who had a 10-minute drive with BMW X1, Audi Q3, or Volvo XC40 will say that interior materials quality is sub-par, at best. Scratchy, hard plastics and seats with woeful leather quality are common in BMW X1 and especially in Volvo XC40, so if Alfa Romeo wants to beat them at their own game, Tonale needs them to look like vehicles from class-below.