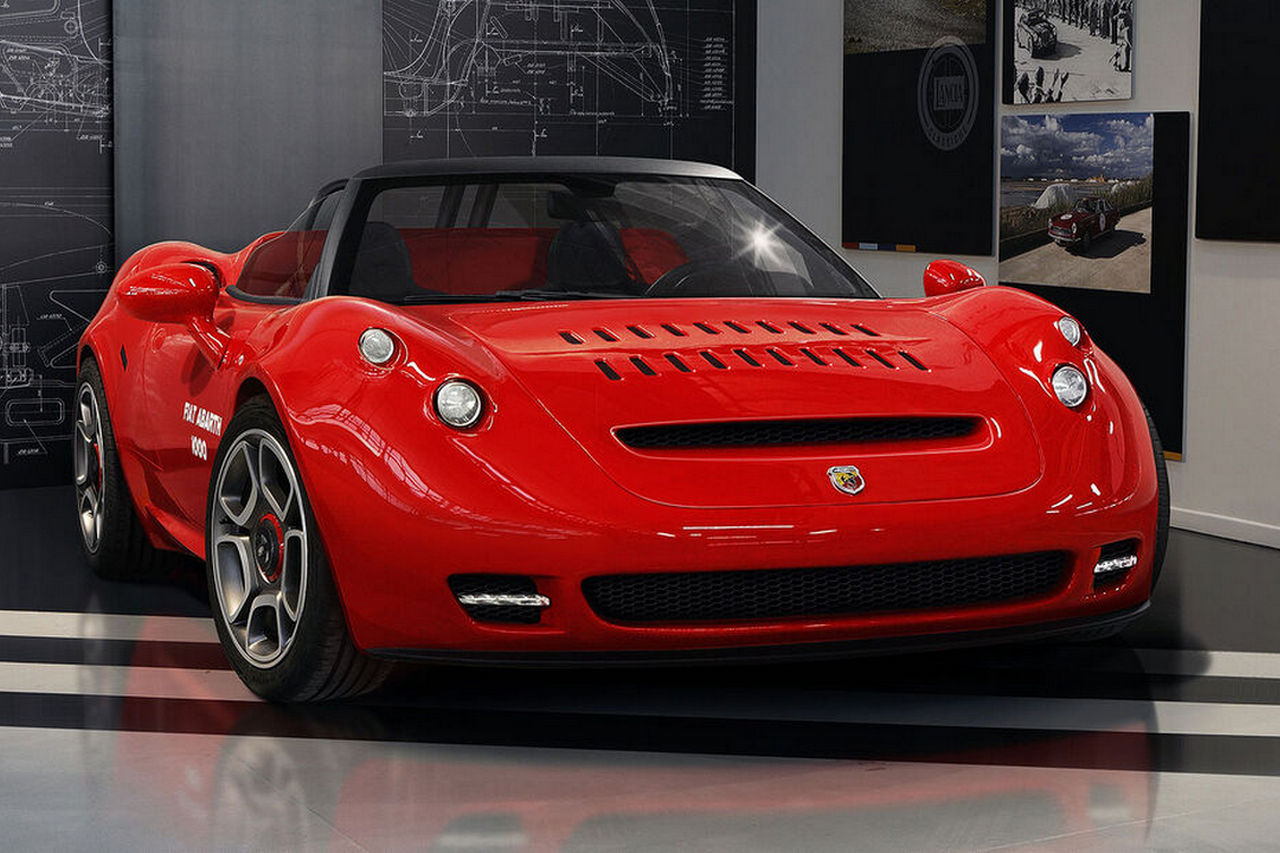 In the 1960s, the Abarth 1000 SP helped to establish the sporting reputation of the still-young Italian brand. In 2021, the historic marque is launching the 1000 SP concept, a homage to the sports car that will go into small series production.

Abarth 1000 SP was a mid-engined sports car with a power unit derived from the four-cylinder Fiat 600 with around 1,000 cubic centimeters. Also, it had a tubular frame chassis, a very flat and aerodynamically sophisticated body.

This car was designed to compete in mountain and endurance events and was only produced in limited quantities. The Abarth 1000 SP is regarded as a watershed moment in the brand’s racing history with multiple triumphs.

The Abarth 1000 SP idea is a mid-size sports car with elegant lines and an excellent weight-to-performance ratio. This concept car is a bridge between the 1960s and 2021, following its historic precursor’s footsteps.

The side windows of the modern mid-engined spider run in an arc towards the roll bar behind the cockpit, emphasizing the uncompromising roadster’s character.

Distinct air intakes represent the front bonnet and mid-engine cover. The red color of the bodywork, as well as the design of the round headlamps, correspond to the legendary Abarth 1000 SP’s simplistic concept.

The technology of the Alfa Romeo 4C

The chassis technology is derived from the Alfa Romeo 4C Spider. Abarth uses a carbon monocoque and an aluminum subframe.

The same is true for the engine. Abarth employs a 1.75-liter turbocharged engine that generates 240 horsepower.

The chassis combines double wishbones on the front axle and MacPherson struts on the rear axle.

Precisely 55 years after the historic Abarth 1000 SP debut, the concept car, built just once, will not remain alone for long.

In an interview with the British publication Auto Italia Magazine, Roberto Giolito, head of FCA Heritage and responsible for the study, said that the green light had been given for a small series of five examples.

From 2022, these cars will be sold under the Abarth Classiche name for less than 200,000 euros for each example. Depending on demand, an increase in units is not ruled out.