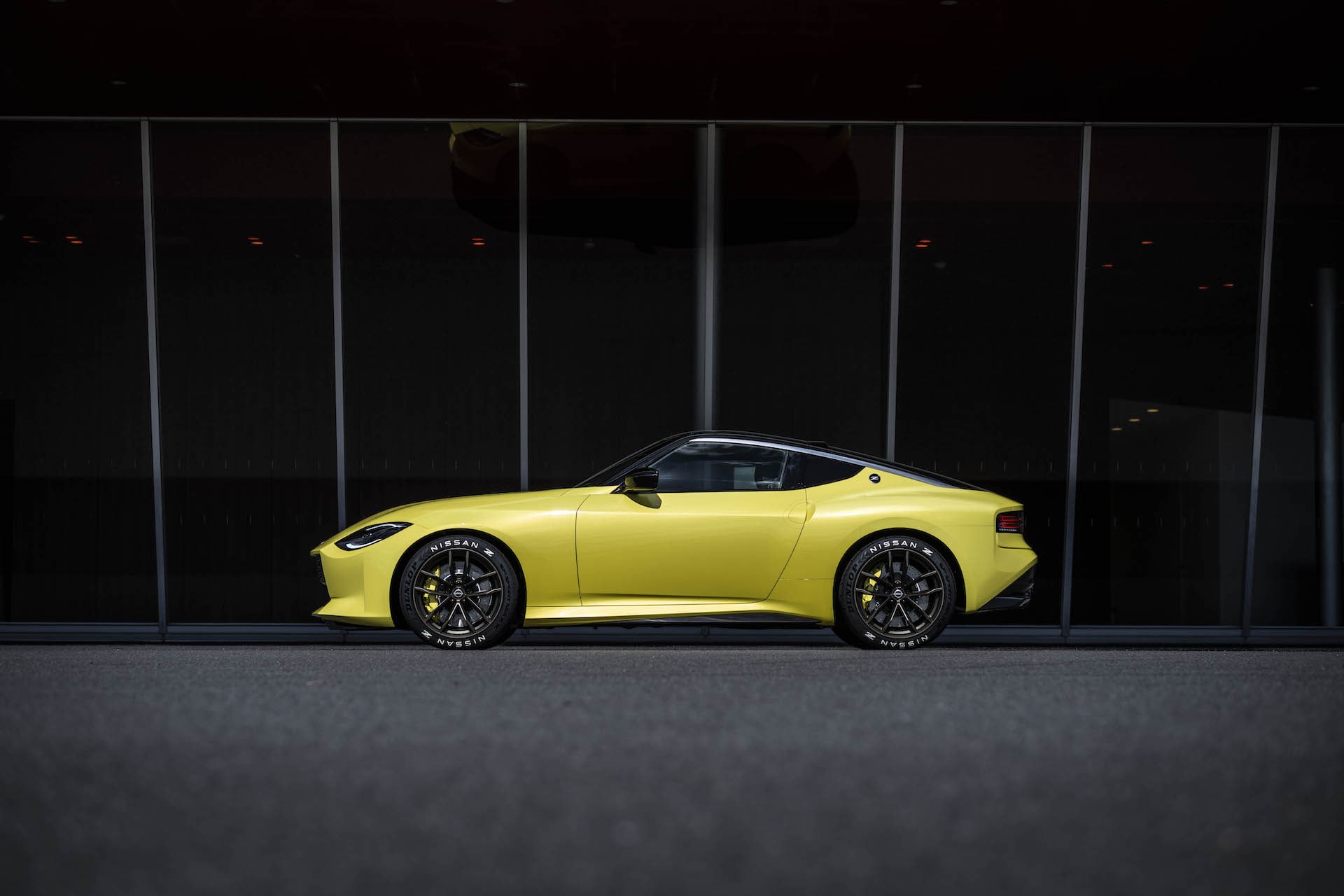 Over the last couple of years there was not a lot going at Nissan, especially when it turned out to sports cars segments. The 370Z seemed to be forgotten by the manufacturer but yet looping in production with minor plastic surgeries from year to year.

The GTR, on the other hand, showed massive potential right when it came out. But after that it remained in the same place with no big progress. It looked like a soulless creation or a bunch of crazy numbers, if you ask me. The lack of passion simply placed it into just another drawer right between all the other cars.

But the latest great thing to happen after quite a while is the Nissan 400Z Proto. A short glimpse at what a sporty Nissan could offer after the 2009 debut of 370Z. And there definitely are some bits that makes this car worth waiting for. I came up with 6 reasons why the Nissan 400Z Proto could be a great choice.

1. Retro styling is (once again) back

You can argue with anyone over the likes of the styling. However, I seem to find the Nissan 400Z Proto more focused on the ancestor – the 240Z – than ever before. The body ir surrounded by edgy lines as well as some classic Fairlady-like curvy shapes. And just look at these classic headlights influenced by the grandfather of the Z family.

The design of the interior also follows the path once paved by the legendary 240Z. There are 3 gauges at the centre of the console – a layout that perhaps is friendly to the Z generations lovers.

The car is muscular, as any sporty GT vehicle should be. Even though it still is a prototype, I do believe many of the shapes will see the production version. I also remember when the 350Z Concept was revealed people were somewhat sceptical regarding the looks of the car. But once I see it in the flesh, it did turn out to be a lovely looking car.

So, fingers crossed: Nissan, please make this as an ambassador of retro style for the upcoming generation of new cars.

The number of people who can’t drive manual cars is increasing every hour since many manufacturers shift to automatic gearboxes even for the tiniest city shitboxes. But you will not prove me that manuals are dead – it still is the ultimate driver’s attribute when it comes to fun delivery of a specific vehicle.

And thankfully, guys at Nissan did make it manual. Well, at least the 400Z Proto is a manual 6-speed car. It is likely that it will also offer the same great option of Revmatch for people who don’t know how to heel and toe.

There is no doubt that automatic gearboxes of the present days make things much easier both at the urban environment and at tracks as well. But when it comes to having fun the manual  H pattern transmission seems to offer slightly more thrills than these smart robots do.

If you look closely at the pictures of the interior, it seems to offer an ordinary handbrake lever. Lets just quickly get back to it: a prototype of the near future with a decent handbrake that is more than just a button. The year of 2020 just keeps on delivering…

I assume some test drivers at Nissan already did the drift test with this upcoming machine. For instance, the new Supra (which is a rival car for the 400Z Proto) does not have an ordinary handbrake. And having a normal handbrake operation can help to kick the tail out in the tightest possible corners.

So, we have an RWD car with a manual H pattern 6-speed gearbox. The only remaining thing is power. And guys at Nissan seemingly understood this simple fun formula.

The 400Z Proto is equipped with a punchy V6 that is paired with a couple of turbochargers. Nissan stated that the power gets to 400 HP (hence the name of the car) and punchy 474 Nm, or 350 lb-ft. Is that a lot, you ask. Well, it depends.

The whole industry is moving towards these boring hybrids or ridiculously quick electric cars. Nissan did not state how quickly it will accelerate or how many metres per second can you skip at full velocity, but it definitely should be fun. It seems it could offer quite a bit of fun even at low speeds, given the fact that it is an FR platform – front-engined, rear-wheel drive.

Furthermore, if you look closely at the tachometer you can see the redline being at 7000 rpm, which is also highly respectable for a turbocharged car of this time. So, hopefully, Nissan engineers did make all the right moves in the engine bay area.

5. A platform for modifying in the future

Like the 350Z or its successor 370Z, the 400Z is likely to become a great platform for second-hand car buyers. I believe that some companies are waiting to get the very first cars to start designing aftermarket body kits as well as performance modifications.

Rumour has it that the starting price of Nissan 400Z will be at around 45 000 USD. However, it could become a popular car if they won’t mess up the handling. And once it gets to the thousands of buyers someone will inevitably transform the car to yet another dyno queen.

Perhaps the best bit about the Nissan 400Z Proto is the fact that there is not a single word about hybrid technology in the press release. Many cars would have been so much better if they were powered by the classic internal combustion engine instead of a motor of a dishwasher paired with a crying-out-loud CVT unit.

Hybrid technology weights and weight is the worst thing that can happen to a great car. It downgrades it’s characteristics to a level, where the car is simply a method of transportation with just a little fun through its audio speakers.

The hype for the 400Z Proto is a great thing for the automotive industry, for sure. The only question is, will Nissan produce the car that everyone wants, but very few actually buy?