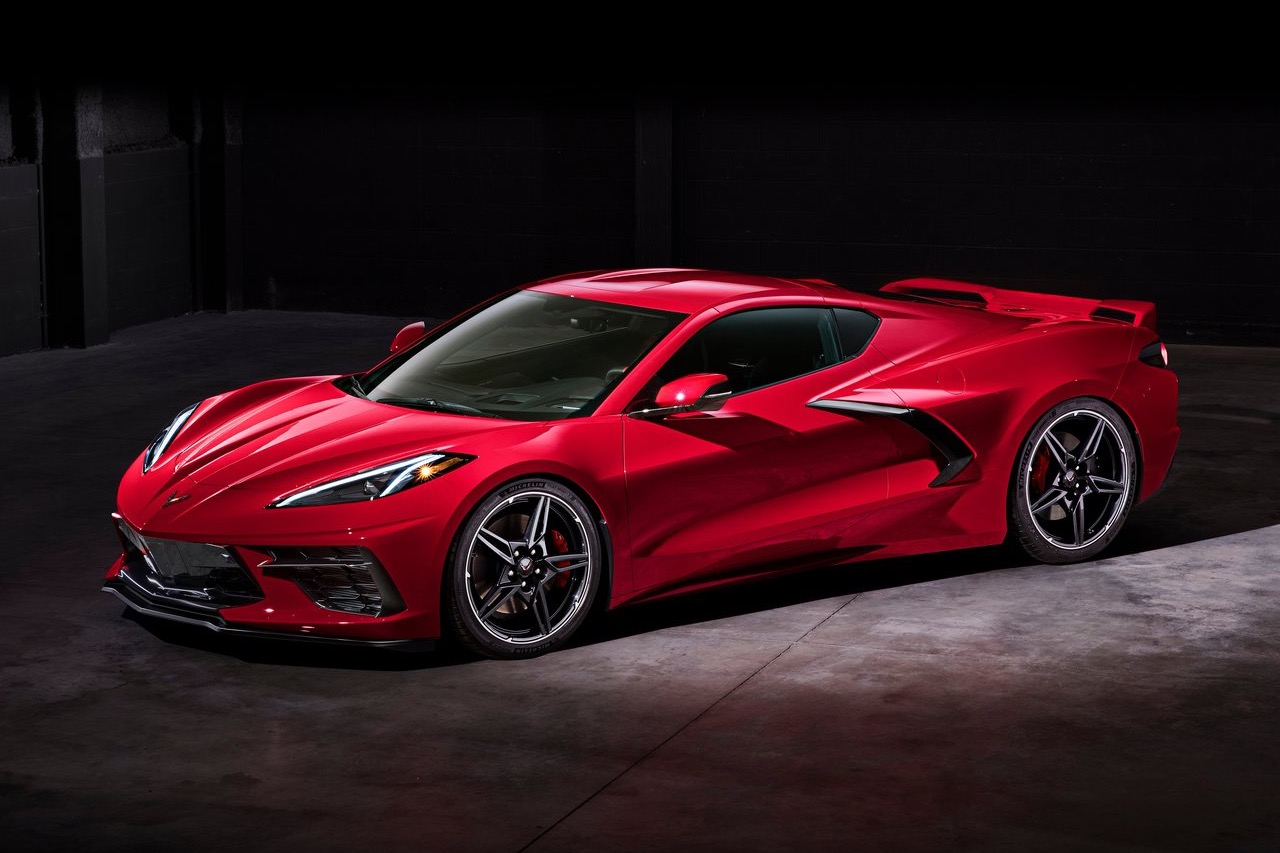 When introduced in 2020, the new Chevrolet Corvette C8 created a big fuss among car enthusiasts: Why did the body shape change? How much will it cost now? Is this a Ferrari? The Corvette never was a muscle car nor a supercar. Even though Chevy is clearly leaning towards exotics with the Corvette C8, a peasant can’t become a gentleman overnight.

Beginning with proofs of the Corvette C8 being a supercar, the most obvious is its looks. The car became bigger, and the driver sits even 42 centimeters further forward than in the predecessor. The car has tons of angular lines, genuine vents, and the car looks like a mad Ferrari at the front.

It’s like a dream come true for supercar fans, but those who admire the original Corvette shapes from the last 30 years – aren’t as happy.

Porsche 911 Carrera does 0-100 in 4.2 seconds, Audi R8 V10 Plus – in about 3.2 seconds. Chevrolet Corvette C8 produces up to 500 horsepower and can do 0-100 km/h in 3.4 secs. These specs fit right into the range of various supercar base models. So, even though top-spec supercars will beat you, you’ll always have enough time to peel some asphalt AND beat the hell out of wanna-be dragsters after the traffic signal turns green.

Most supercar designers have to compromise on cabin space to leave more room for the engine, gearbox, and aerodynamics to pass around. That’s why the interior in such cars is usually cramped, with various controls surrounding the driver. That’s the case with the Corvette C8 too. Once you’re inside, the square steering wheel, touchscreens, and central console literally surround you, providing a feeling of being in a fighter jet.

The eighth-gen Chevy Corvette is the first Corvette to have an engine in the middle. While this upgrade creates a better weight distribution, it also makes the car more desirable to supercar enthusiasts from all around the globe. Too bad that Chevrolet ditched the manual transmission option for this model.

The body is made out of steel

Unlike various muscle and sports cars, the Chevrolet Corvette C8 isn’t made of steel. The subframe is built out of aluminum with a few more strength-demanding spots using carbon fiber. However, all body panels are made of fiberglass and plastic. Thanks to such a multi-material body structure, this beast weighs just over 1.5 tons.

It’s powered by a V8 from General Motors

Many don’t know that speed and power aren’t the only things required to classify a vehicle as a supercar. Each petrolhead has its own opinion, but you can’t beat the facts.

One of the reasons why the Chevrolet Corvette can’t make it as a supercar is its engine. No doubt that the 6.2 liter L2 LT2 V8 is a stingy and durable engine, but let’s not forget the fact that slightly modified versions of it are being put even into SUVs like Chevy Suburban, Silverado, GMC Yukon, and so on. It’s just too rugged and utilitarian to be in a supercar.

I know putting low price in the cons list looks weird, but buying a supercar for the price of the Audi A6 or BMW 4 series is even weirder. 50 000 euros is an astonishingly good deal on a supercar, but it’s just impossible in the real world. In the best-case scenario, the Chevrolet Corvette C8 will be called a poor man’s supercar.

By the way, this price applies only to the United States. After shipping costs, regulations, and taxes, the Corvette should be double as expensive in Europe.

Not rare at all

Supercars must be fast, expensive, and rare. Sure, you may not see many of the latest Corvette models on the roads today, but it won’t be any more extraordinary than earlier models in the long run. Bear in mind that those who make a decent living can easily afford this car and many will.

At the end of the day, it still remains the good old Vette’. We all know that the following Toyota Corolla won’t be a big luxury sedan, just like the latest Corvette can’t become a supercar out of thin air. If they decided to go full-on super, a whole-new model might have been a better choice. So, even though the Chevrolet Corvette C8 is an exciting sports car, the supercar label doesn’t stick to it.