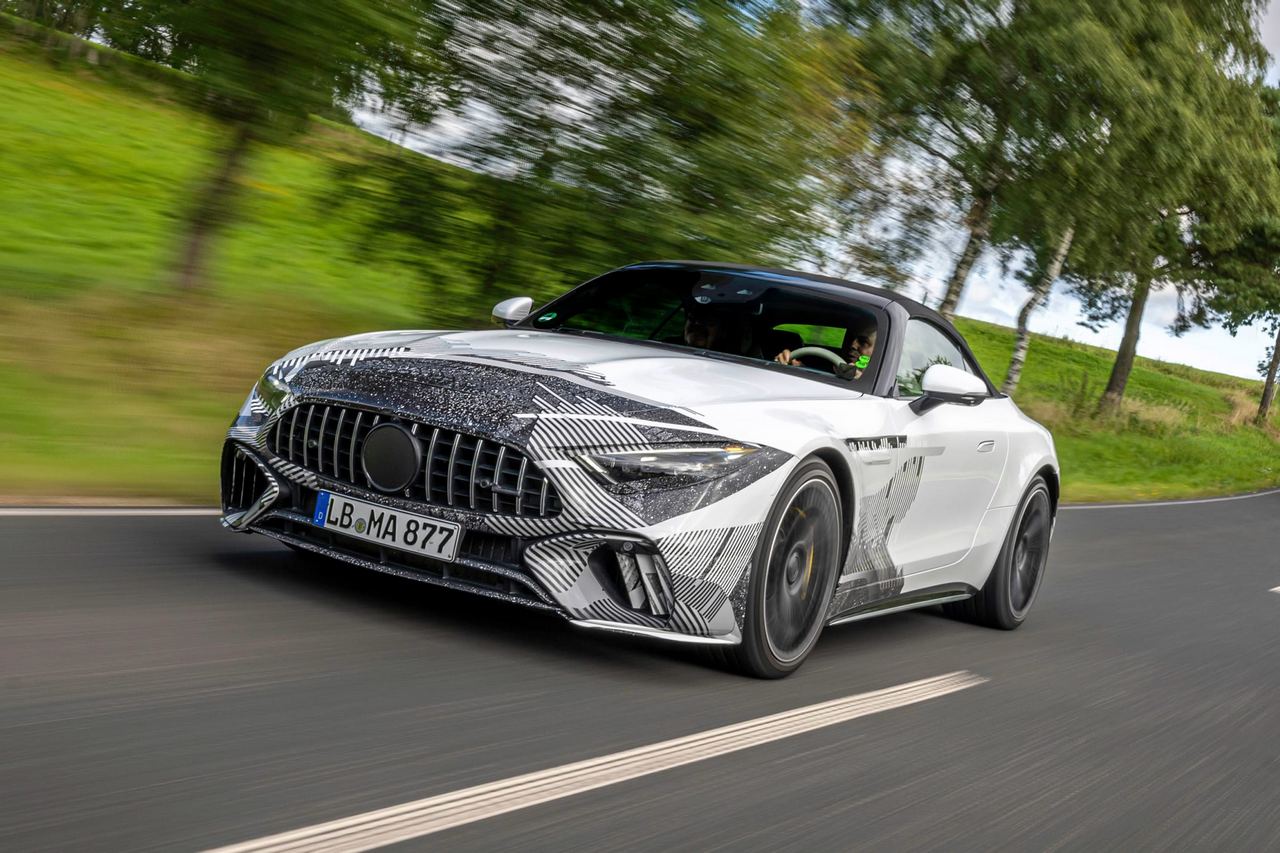 Whenever Mercedes-Benz wants to present a brand new model, which could have a soft spot for petrolheads, a vehicle manufacturer from Germany starts a teaser campaign. And in truth, it’s very annoying.

For what it’s worth, no matter how many special insights Mercedes-Benz will give me, or any other human being, the entirely new Mercedes-Benz-AMG SL shapes like an exceptional vehicle, and here are four reasons why.

It will have unique construction

The new SL will use a custom mixed-metal construction similar to that of the Porsche 911, with the majority of the frame comprised of aluminum and crucial structural components built of high-strength steel.

The suspension strut towers and other critical connection points are made of intricate aluminum castings, while the internal dash structure is made of cast magnesium.

Extreme stiffness is the product of this complex combination of materials, which helps to counteract the open chassis’ structural constraints and results in an 18 percent improvement in torsional rigidity over the previous-generation SL.

It will have soft-top

Mercedes-Benz was one of the few manufacturers to invest in metal folding-roof systems, which added to the SL’s wow factor.

The folding metal roof, originally seen on the R230-generation car in 2001, will be replaced by a lighter and less complex fabric framework.

It will help maintain a lower weight and better driving dynamics.

It wants to outperform Porsche 911

Mercedes-Benz has always considered the SL roadster to be a piece of one-of-a-kind machinery, but the brand new Mercedes-Benz-AMG SL will now face a major rival from Stuttgart.

Today’s Porsche 911 is a difficult sports car to beat, so it’s no surprise that the new SL will be fundamentally different from previous SL models and even the AMG-GT.

The new generation roadster will have a different mechanical layout and will be available with a variety of petrol engines.

While the most powerful version of SL will have V8 power, entry-level versions will have straight-six cylinder petrol engines.

It will be the most luxurious SL ever

The interior design strikes a mix between current-generation Mercedes-Benz cabins, as influenced by the new S-class, and those of the new SL’s illustrious forerunners, while also highlighting the car’s AMG links.

The clear and simple dash arrangement is dominated by the upright digital interface.

Upper dash perforated by four rounded vents and a retro-inspired toweling over the digital dial pack lies on top of this.

The switch to a 2+2 seating configuration is also the first time an SL has had occasional rear seats since the R107 debuted in 1971.