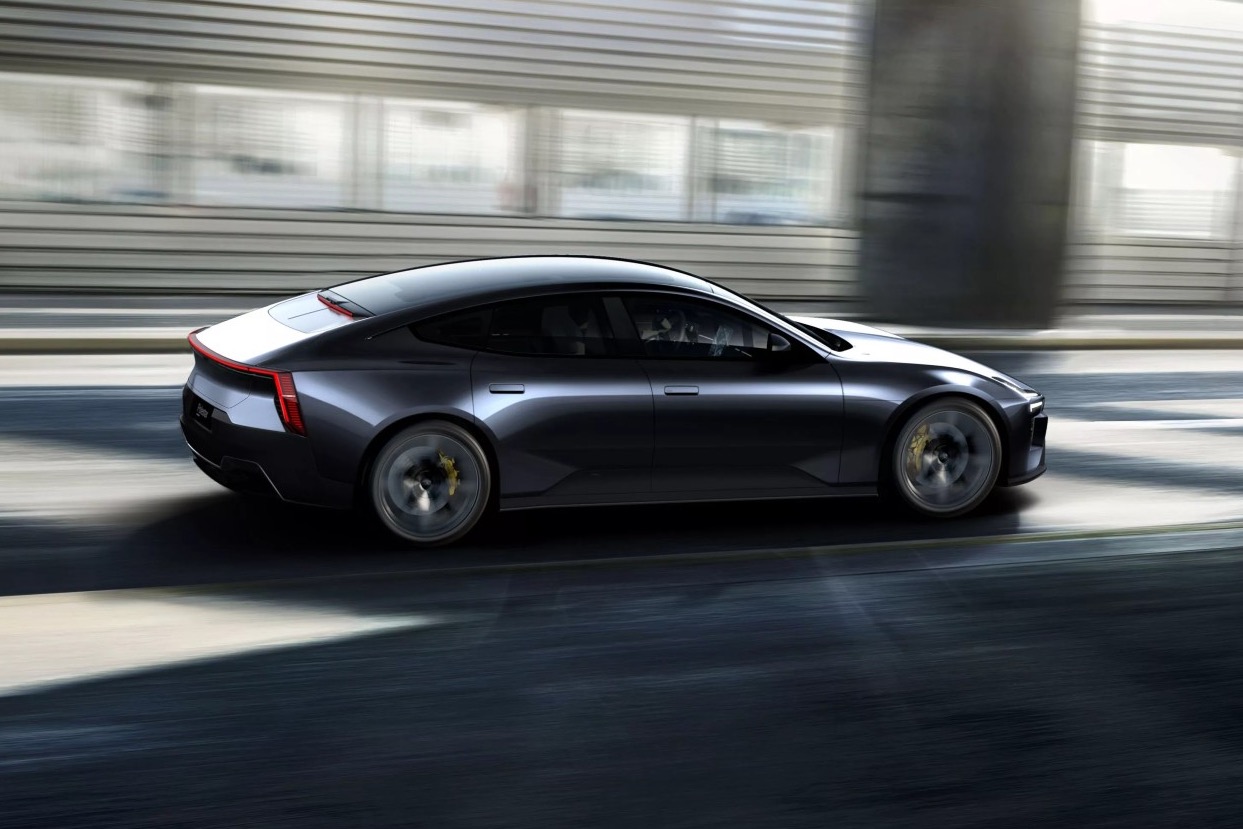 It’s official – Polestar 5 will launch in 2024. Polestar unveiled their new concept called Polestar Precept back in 2020. Its design remains one of the edgiest on the market. This concept stands out for its sustainability – interior materials are built using recycled plastic bottles, flax, and cork vinyl. It’s a luxurious four-seater packed with unique but controversial features.

The production version is called Polestar 5. It’s one of those rare examples when the production model is very close to the concept. However, some changes were necessary, and here’s what we know about the car so far.

2024 Polestar 5 will challenge vicious EVs like Tesla Model S, Mercedes EQS, Lucid Air, and Porsche Taycan. While we can’t compare body lines as every electric car uses the same aerodynamics-friendly approach, Polestar 5 is the most striking due to its separated thor headlights and Tesla Cybertruck-like rear end.

There are still no announcements about the engine or transmission. However, even the cheaper models like Polestar 2 crossover boast over 400 horsepower and reach 100 km/h in 4.7 seconds.

The base version of Polestar 5 should start at around €100.000, so it’s fair to expect a juicy performance!

They ditched controversial features, except one

Polestar didn’t introduce many innovations with the Precept concept. Instead, they went bonkers with well-known features that were, let’s say, excessive. Not only did the Precept concept look like a modern transformer, but they also packed it with toys that many people hate.

For the upcoming production version, they ditched digital side mirrors. Sure, they would look attractive but are unnecessary. Polestar 5 won’t have that scoop-like lidar unit. It was a great idea to showcase this technology in a concept version, but I’m glad they decided to flush it into the windshield. Also – no suicide doors. While these would look unique and provide more visual room, it’s just a posh and even dangerous feature for super luxurious vehicles.

I’m surprised designers decided to leave the Polestar 5 without a rear window, though. Cameras and a 15-inch Android Auto system will provide the rearview when needed, but restricting an actual rearview is a bold move.

The concept design was too muscular for production

The production version is much smoother and more modest than the concept. Roofline became round and identical to the one in Tesla Model S, expressive side lines disappeared. In short, they shaved off most of the sharp edges around the car.

2024 Polestar 5 may seem too expensive, but right now, you must pay more if you want a decent electric car, not that cheap Leaf, Up!, and Volt stuff. The luxury electric car market is snowballing, and Tesla finally has some serious competition. Let’s just hope that this model won’t end up like Polestar 1.