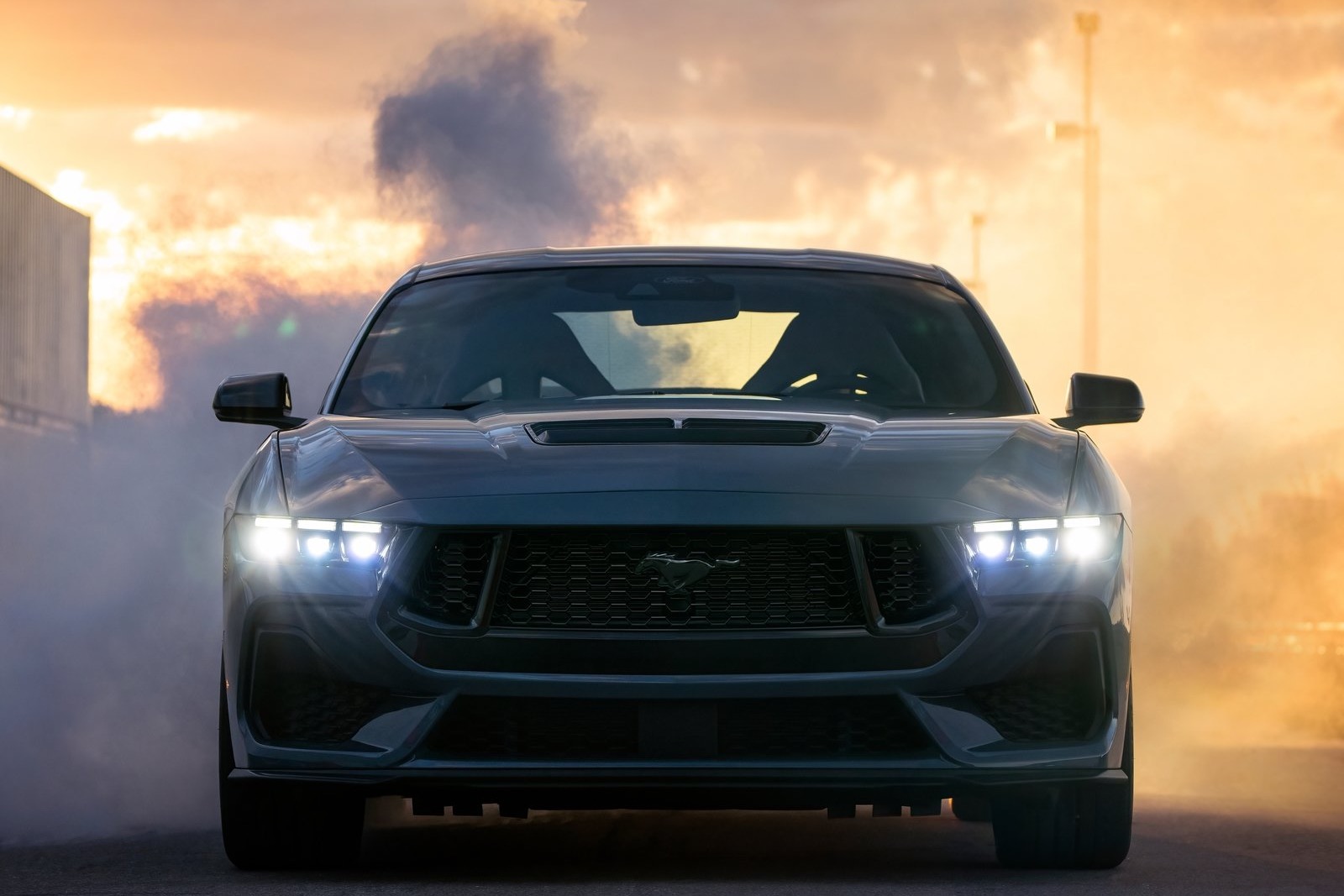 The current sports car market is getting scarce for those on tight budgets. While wealthy petrolheads can choose from various exotic brands, most car enthusiasts have to stick to muscle or affordable Japanese sports models. However, if you want a true muscle car, you can’t go wrong with the Mustang, especially since the Dodge Challenger and Charger are going to be replaced by an electric Charger, the Camaro is dying, and the Corvette is more of a supercar than a muscle car.

Ford recently introduced the all-new 2024 Mustang, featuring admirable muscular elements and leaving “green” trends behind. While not perfect, this may be the last true Mustang.

Specifications are better than ever

The best thing about the 2024 Mustang is that it still is a real muscle car. It still has the 2.3-liter four-cylinder and 5.0-liter V8 engines paired with the 6-speed manual or 10-speed automatic transmission. There’s also a new feature called Drift Brake, which is a quick electronic handbrake that’s been designed specifically for drifting.

If you think the GT version won’t make your skin crawl, the more track-focused Ford Mustang Dark Horse will. While Ford didn’t reveal the actual horsepower, they say it will boast the most powerful engine ever found in the Mustang lineup, featuring exceptional styling and 5.0-liter Coyote V8 with no less than 500 horsepower.

The exterior is getting mainstream but still instantly recognizable

While the current (6th) generation Mustang perfectly combines the retro looks with modern lines, the new Mustang features a more strict design, revealing narrower headlights, angular body lines, and bent tail lights that give the vibe of the 1968 Mustang’s rear end. Ford also points out the higher roofline allowing more comfort when wearing a racing helmet, the shark-nose grille, and a few retro details to preserve the origins of the Mustang.

As you would expect, the more powerful versions boast sportier features, including aggressive fascia, more powerful engines, and additional air scoops, splitters, and spoilers. The cherry-on-top version will be the Dark Horse, with the most aggressive body kit and improved handling.

Nobody wants to see dated interiors in new models, but the overall design of this panel is what the interior of the Mustang Mach-E should have looked like. However, even if it doesn’t fit the new Mustang, it doesn’t mean it’s bad.

The pinnacle of the interior is a large infotainment system featuring a 12-inch digital driver’s display and a 13-inch central touchscreen on top of the panel. This improvement led to removing climate control and other center console physical buttons. The dual air vent design also replaced the iconic triple round vents, making the Mustang interior recognizable only by looking at the badging.

The new Ford Mustang should appear on the market in the summer of 2023. The base version featuring the 2.3-liter EcoBoost should cost around $29,000, while the V8 GT version should start below $40,000.