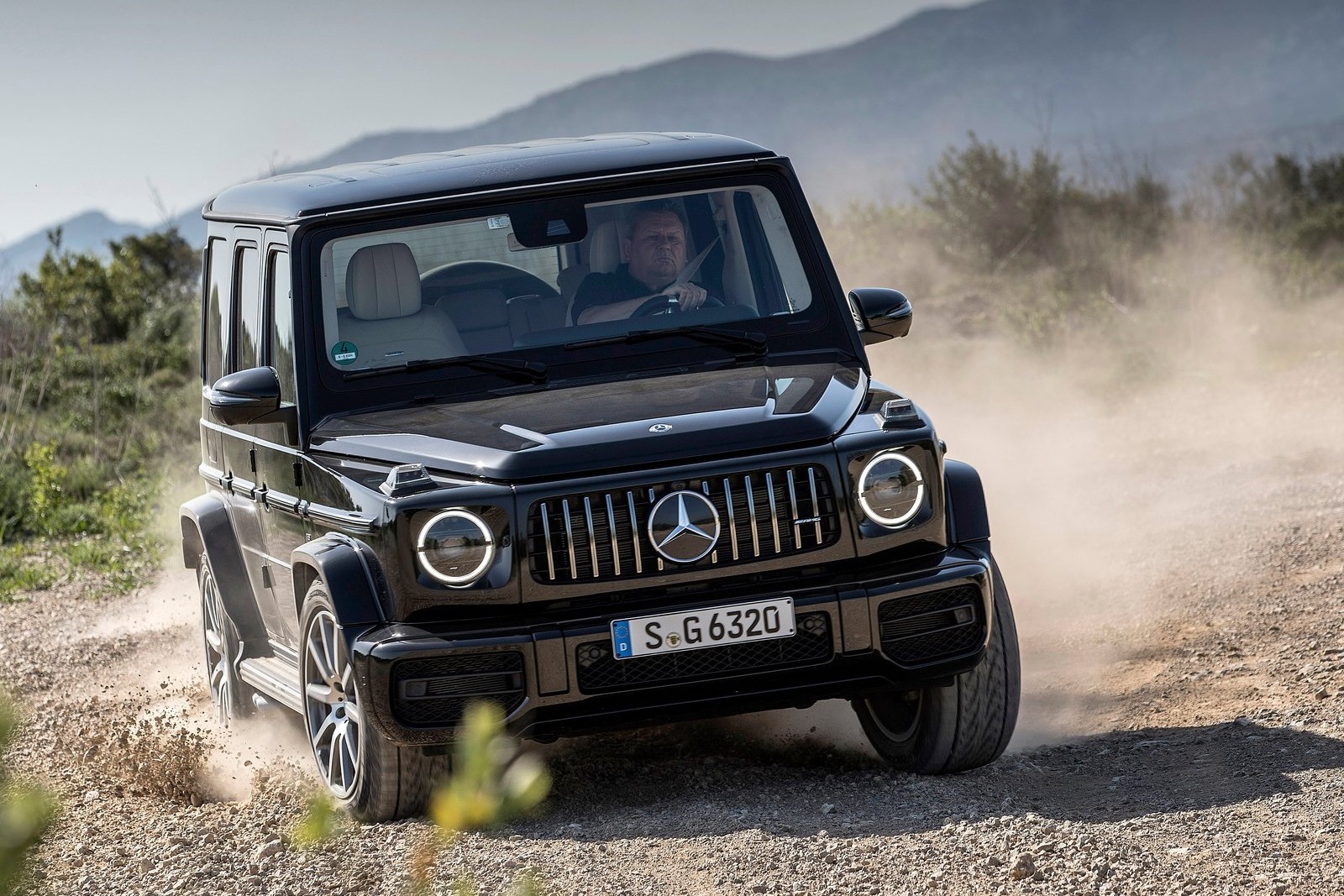 We can often see Mercedes-Benz bragging about their posh G-Class, which is shaped like a train wagon and costs twice as much as its rivals. And it’s no different with the new 2022 G63 – it’s a 577-hp twin-turbocharged V8 SUV that starts at around €140,000. However, there’s no denying that it’s one of the most badass vehicles on the market – nobody would want to see one in their rearview mirror.

But how does it hold so well in the world of booming electrification and green energy?

It was built for military

Mercedes began designing and engineering a new off-roader for the military in the 1970s. It had to be simple, reliable and beat the harshest environments. The new model, named G-Wagen, was so successful that they also started offering a civilian version in 1979 – they sold over 50,000 models in the first few years!

Customers were amazed how well the car handles off-road yet works great as a city commuter. At the time, Mercedes offered simple yet robust engines and suspension systems. Civilians could enjoy a high seating position and pleasant status without worrying about excessive repair bills, while the military received fast and versatile vehicles that are easy to work on.

The timing was perfect

Nowadays, even the most exotic manufacturers offer sporty SUVs, but it all began in the 1980s-1990s. While real off-roaders were too loud and awkward for city commuting, many started admiring their beefy looks and safe, high seating position. That said, automotive giants started providing off-roaders with thicker sound insulation, smoother tires, and fancy optional features – just what everybody wanted.

Soon SUVs became a sign of driver’s status. While other manufacturers were only observing the SUV market, Mercedes took the leading role with their G-Wagen, which was renamed as the G-Class in the 1990s. The G-Class already had automatic transmissions, leather upholstery, wood trim packages, ABS, cruise control, power windows, and other executive features by that time.

There was a time when Mercedes decided to ditch the production of the G-Class in 2005. The increasing safety regulations and changing design trends didn’t match the old school SUV, so they wanted to replace it with the GL-Class.

However, Mercedes received a vast, unexpected order from the U.S. Marine Corps – they wanted the good ol’ G-Class! This was the day Mercedes decided to keep making the G-Class together with a much more modern GL-Class.

The only model that preserves the golden age of Mercedes

Car enthusiasts, designers, and engineers often say that 1970-1990 was the golden age of Mercedes-Benz. There were no cost-cutting tricks or strict emission requirements back then. Mercedes reached to be the best car manufacturer globally. They proved that by building good-looking, unbelievably reliable, and comfortable cars, which are still roaming the roads decades later.

The current Mercedes-Benz lineup isn’t nearly as desirable as 30-40 years ago. Modern features and design trends are often overwhelming, and many rivals offer similar toys. However, if you want to experience the golden age of Mercedes without buying a classic, the G63 is your best shot.