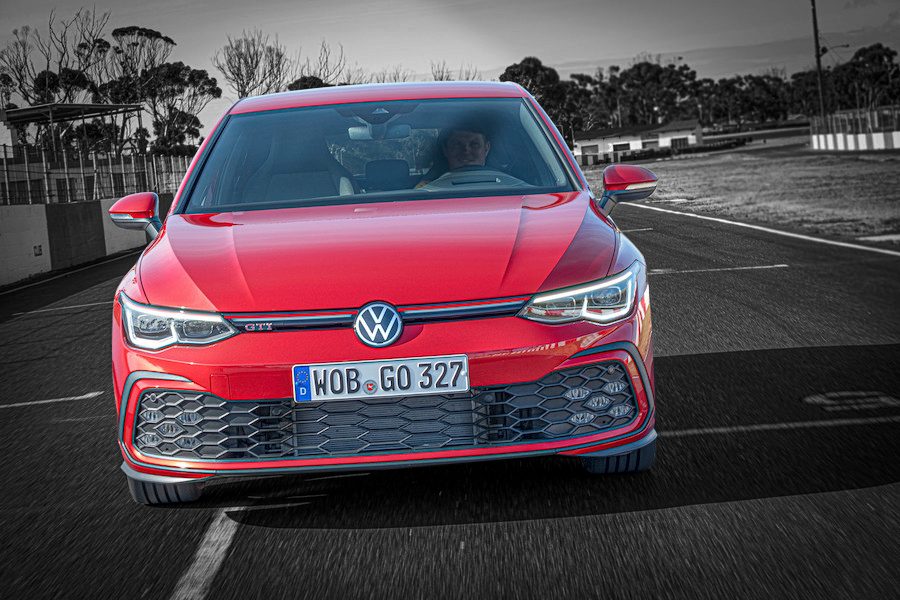 No one can argue with one thing. VW GTI’s always has been like a 911 in its own class. It’s a powerful all-rounder that is buffed and refined little by little with each generation. It doesn’t have that Type R fighter jet look or Focus RS drift mode. But it has a flow. Sometimes it feels if GTI was made at Apple rather than VW.

It can be a nimble family hatchback. Or a track-ready rascal. In a flick of a second. And it does it with every generation. So no pressure for the next one in the dynasty. For me, it seems that this one may be the final one.

And I’m not talking about the looks. Which by the way upset me the most. When the Golf 8 was launched it didn’t get to my heart. If 10-year-old Corolla had a baby with Golf 7 it should pretty much look like that. But then again VW has teased us with the GTI version. Thought this should liven up Golf a bit.

The latest Golf 8 is based on the same MQB chassis platform as the previous one. So don’t expect GTI to be a stunner. Except for the interior. It already took the hatchback interior game to the next level so does the GTI.

Also, it uses the same 2-litre engine. So Golf GTI specifications won’t be sensational. It has higher pressure fuel injectors but pushes only to 240 HP. The previous one is just 20 HP shy and lighter. Do the math.

End of a GTI era?

It doesn’t look like an apocalypse. More like a sunset. Giving a new day for a new electric I.D series. Rumour has it VW is implementing their GTI know-how into electric powertrains. So actually I.D GTI should be more interesting. Maybe this electric shock should be enough to revive almost 50 years old GTI legend.