The last true flagship: a story about Citroën C6 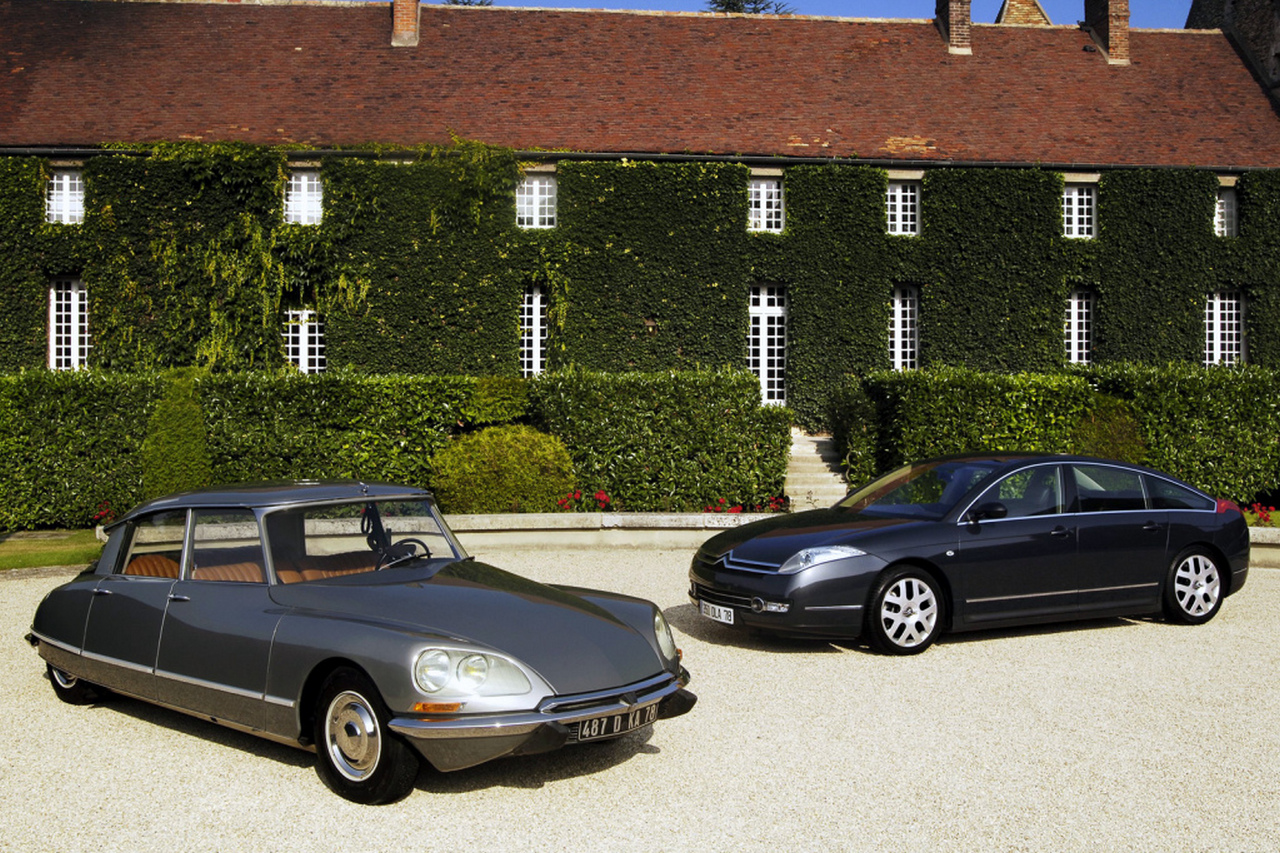 With the last C6 rolling off the Citroën production line on 19 December 2012, it might be strange to be writing about it today. Still, looking at the whole new series of DS marque models, I wondered why there is no direct and equivalent Citroën C6 replacement.

There have been some attempts; however, with PSA presenting its DS 7 Crossback in the premium segment for the presidential inauguration, it was clear that times have changed.

Aside from the extra gold details on the wheels and in the interior, and of course, the presidential flag holder, the car’s most distinguishing feature was its roof. It assisted in transforming the crossover into a parade car, allowing the crowds on the Champs Elysees to see their new Head of State – even in the pouring rain.

However, the DS 7, although specially embellished, is still an SUV, which was never associated with an official state car, and mocking comments on social media have been made, sharply but accurately describing the grotesqueness of the situation. Admittedly, deservedly so, because to see, e.g., For example, there is little hope of seeing German Chancellor Merkel standing on top of a Volkswagen Touareg.

Meanwhile, the Citroën C6, like all other great French cars, was built (not adapted or just specially decorated!) to carry French presidents and cabinet ministers. What’s more, the C6, the epitome of the French brand’s style, respectability, and state-of-the-art technology, has been used to transport and become the official car of more than one French President – Jacques Chirac Nicolas Sarkozy, and then François Hollande. President Jacques René Chirac used the car as an official car even before it was put into series production: in 2004, Citroën produced a one-off C6, a 3.0-liter petrol-powered car with an automatic 6-speed gearbox, specifically for the President.

For Citroën fans who know the true value of luxury cars, it comes as no surprise that the C6 is still more than a regular feature at official state receptions in France, even now, nine years after it was discontinued.

Firstly, their very distinctive, boldly innovative, genuine Citroën styling makes them look unlike anything else on the road.

Secondly, they offer a unique driving experience, featuring the signature hydraulic suspension that made Citroën famous, which delivers an exceptional ride comfort, often described as ‘flying on the magic carpet.’ It makes even a long journey easy.

One of Citroën’s masterpieces, with these qualities (and more), and one that cannot be ignored, is the revolutionary DS, which took the world by surprise.

At the 1955 Paris Motor Show, 80,000 orders were taken for this innovative new car over the course of the ten days of the show – a record that would not be broken for 60 years!

The DS was a huge success – 1,456,115 DS cars were produced over 20 years of production – and, of course, became the most coveted vehicle of France’s rich and powerful.

In 1975, 20 years after the ID/DS, Citroën presented another design surprise: the CX, which was voted European Car of the Year the same year.

The CX was still officially used by President Jacques Chirac many years after its production ceased. Interestingly, East German leader Erich Honecker had multiple CX models, as did King Harold V of Norway, Prince Henri of Luxembourg, and King Juan Carlos I of Spain, who donated a CX Prestige to Elena Ceauşescu, wife of Romanian Communist leader Nicolae Ceauşescu and Deputy Prime Minister.

The Prime Minister of Portugal, the Prince of Denmark, the Prince of Monaco and his wife, the dictator of Chile, Augusto Pinochet, and the famous guitarist Carlos Santana, among others, have also owned a CX.

Fifteen years later, in 1990, the European Car of the Year was awarded a new French creation, the Citroën XM.

With the highest number of points (390) from the majority of the jury, the XM was the clear winner of the award (for comparison, the second-placed Mercedes-Benz SL scored 215 points).

The XM’s design concept was very innovative at the time: elegantly designed by the Bertone design studio, it featured a tapering, shallow front end, unusually narrow headlights for the time, large windows, and, among the many innovations, such as the Hydractive suspension, the clearest of all – the “13th window” separating the cabin and the boot – emerges as the most transparent of all. A total of 333,405 XM units were produced.

Despite poor sales of the XM, Citroën’s management tasked its best specialists with creating a replacement for the acclaimed but now obsolete XM, which had been in production since 1989. Citroën’s management was encouraged by the success of Citroën’s great cars of the past, whose design and innovative technology helped the brand to build a strong heritage of great vehicles.

In the spring of 1999, the C6 Lignage prototype was shown for the first time on the Citroën stand at the Geneva Motor Show. The XM, somewhat plagued by recurrent electronic failures due to the misuse of wiring and connectors, was discontinued in June 2000.

The new C6 large saloon, based on the C6 Lignage concept car saloon body style, was expected to go into production before the end of 2000. Unfortunately, things didn’t go so smoothly. The first C6 rolled off the production line five years later than Citroën had initially been planned, only in November 2005, or, very symbolically, again exactly 15 years after Citroën’s previous big launch.

The Citroën C6 combines style, efficiency, and comfort, with a new generation of hydraulic variable-stiffness suspension that delivers excellent ride comfort and excellent handling and stability. The Hydractive III+ suspension automatically adapts to traffic conditions and the driver’s driving style: the complex chassis absorbs all the shocks caused by bumps or hugs the road surface and maintains the car’s level ground clearance regardless of the load.

Notably, the C6 is the first car worldwide to be awarded the maximum four-star rating for pedestrian protection by the Euro NCAP panel. When the car senses a pedestrian collision, a pop-up hood mechanism is activated, which raises the hood, giving more distance between the bonnet surface and the rigid engine components.

The manufacturer was aware that the C6 would not be a mass-market people’s car and purposefully designed it as a “real” old-school Citroën without compromise.

Citroën’s flagship C6, designed as a style-focused alternative to German competitors Audi’s A6, BMW’s 5 Series, and Mercedes-E-Class, Benz’s drew a lot of attention and praise from journalists right away, and it was even noticed and appreciated in far-away Japan, where it was named the best-imported car of 2006.

However, the uncharacteristically high price of Citroën’s flagship has put off many potential buyers – used to the strong dominance of German manufacturers in this segment, and it will take time to change.

Admittedly, not everyone dared to buy a car with a suspension that was “unclear” (many people shy away from what they are not familiar with). Those who did, with rare exceptions, still enjoy the exclusivity of the model to this day.

The Peugeot-Citroën plant in Rennes, north-western France, where the C6 luxury car was produced, employed 250 people.

Annual production peaked in 2007 at 9153 units but fell two years later to an average of 1242 units per year for the last five years.

The Citroën C6 has been, continues to be, and unfortunately will continue to be, a rare sight on the road, with fewer than 24 000 produced and even fewer remaining in service. This only adds to the value of the model and the interest in this magnificent car.