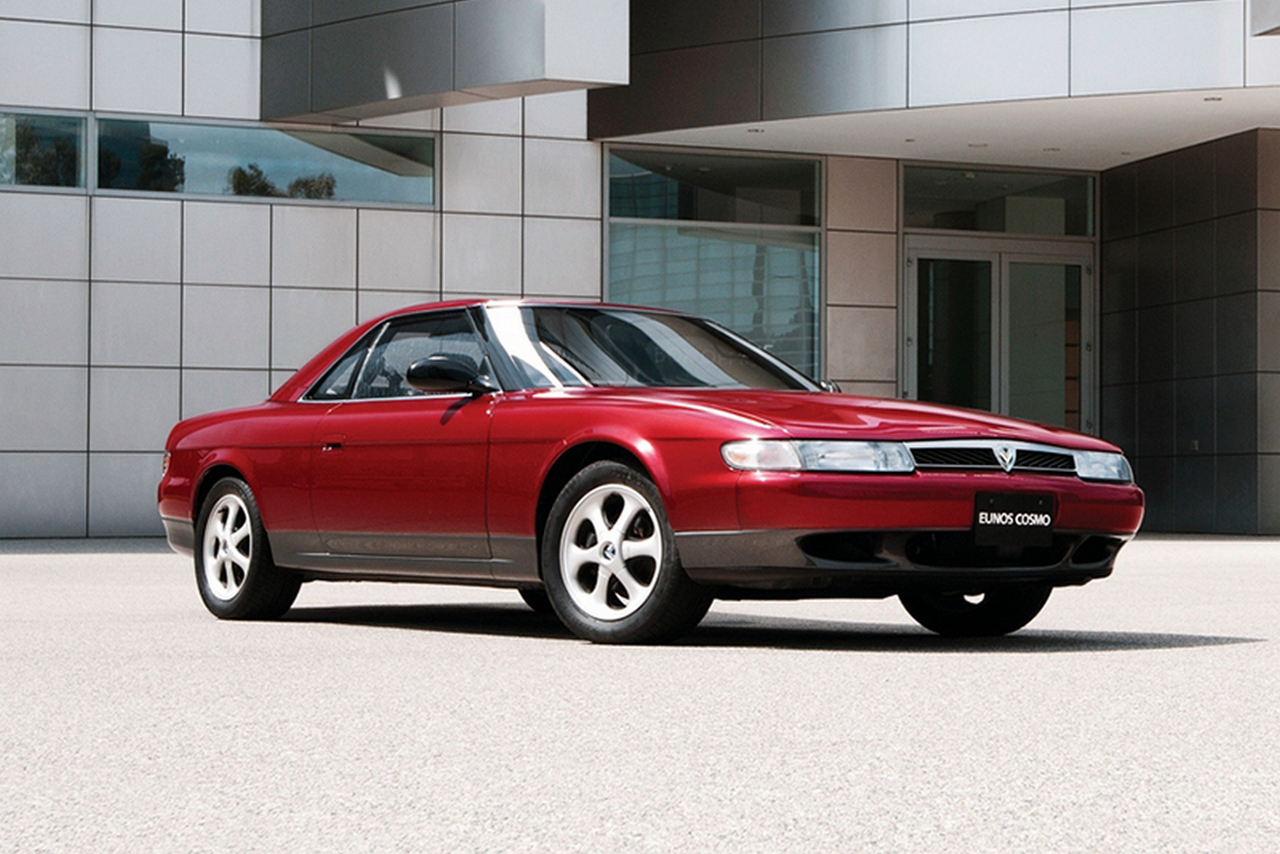 For example, Xedos was supposed to be something along the lines of Lexus (Toyota), Infiniti (Nissan), or Acura (Honda). All of these brands caught on overseas, and later, except for Acura, they caught on in Europe, but Xedos was known just for a brief period because Mazda did not see meaning to invest in cars, which, in truth, was just a bit more expensive Mazda.

However, the situation in Mazda’s native country was somewhat different. Many models were badge-engineered clones that were marketed under different brand names. The coupe most know in Europe as the Mazda MX-3 was called the Autozam AZ-3 or the Eunos Presso. The cars didn’t even differ in their powertrains.

For example, both brands offered a small 1.8-liter K8 six-cylinder engine. The differences lay mainly in the equipment. The AZ-3, for instance, could not have leather upholstery; the Presso could. But there were exceptions, leaving aside the AZ-1, a special coupe with upward-folding doors belonging to the so-called keicars. An example from the opposite spectrum of the range was the Cosmo supercar, sold exclusively under the Eunos brand.

The history of the Cosmo coupe dates back to the 110S in 1967. This name was used for the export market, while this coupe was known as Mazda Cosmo in Japan. Although it was produced exclusively with right-hand drive, it was sold, among other places, for example, in Switzerland.

Also, it was the first Mazda with a rotary engine under patent by the German designer Felix Wankel, who worked for the now-defunct NSU. The powertrain of the first Cosmo was the result of a development led by Kenichi Yamamoto. He is considered the second father of the rotary engine after Wankel.

It was these two men who were most responsible for it. And it is to them that we owe the fact that we could see more rotary powered cars.

Yamamoto was the head of a small group of engineers in the 1960s who were sent to Germany by Toyo Cork Kogyo (the parent company of the later Mazda cars) to the NSU.

The purpose was to assess the prospects of the Wankel rotary engine and possibly purchase the rights to license production with a view to further development. Other car companies did the same. Mercedes-Benz and Citroën, for example.

Because at that time, the rotary engine had great prospects. Later problems with it, however, extinguished the initial enthusiasm. As the years went by, only Mazda was the only one to offer a rotary engine in the following decades. At first, the rotary engine-powered all sorts of things at Mazda, including family sedans, pickup trucks, and minivans (Mazda Parkway). Still, later its use was limited exclusively to sports cars produced in small series.

Other generations of the model followed the original Cosmo 110S, but they were not so avant-garde. Then came 1990, and with it the very last generation of Cosmo.

With the last generation Cosmo, Mazda, entered the luxury coupe segment. In the Japanese market and other East Asian markets, or in Australia or New Zealand, the car competed directly with the Mercedes-Benz SEC (C126) coupe. Both in power and dimensions. And also in terms of equipment. Since the Cosmo came eight years later than SEC Benz, its equipment was more modern.

What’s more, some of the features seem almost unbelievable from today’s perspective—for example, the satellite navigation system, which was already using GPS technology at the time. Or the touchscreen interface called the Car Control System, which also included a TV receiver.

Historically, this was the first Japanese car with integrated navigation. How did it work back then? I am very interested to know, but given the way the navigation looked on the last Honda Legend, technically dating back to 2004, I think it was far from a glorious experience.

Furthermore, there was the optitron dashboard, which came to life the moment you turned on the ignition.

At the time, this was one of the most technically advanced cars globally, so it’s no wonder that the Japanese and Western press were full of praise. Numerous publications used headlines such as “Rotary Masterpiece” and “Japan’s Jaguar.”

A rotary engine has always powered Cosmo models, and the latest edition was no exception. The cheaper version made do with the 230 horsepower twin-rotor Wankel 13B-REW, which later appeared in the RX-7 coupe (FD series). However, the top version got a three-rotor unit—the only one of its kind in a passenger car.

Technically, it was based on the 13B engine that powered Mazdas from 1973, but with several changes remained in production until the RX-8 coupe was discontinued. In that case, it was the last evolution of the 13B-RENESIS.

According to Mazda, the 20B-REW engine delivered a peak output of 280 horsepower. However, according to numerous Australian publications, the actual figure peaked at 300 horsepower.

Why was that? Because in Japan at the time, there was a standard according to which a production passenger car could not officially have more power than 280 horsepower. Even the highest top speed was limited to 180 km/h (112 mph), but the actual top speed figure was above 250 km/h (155 mph).