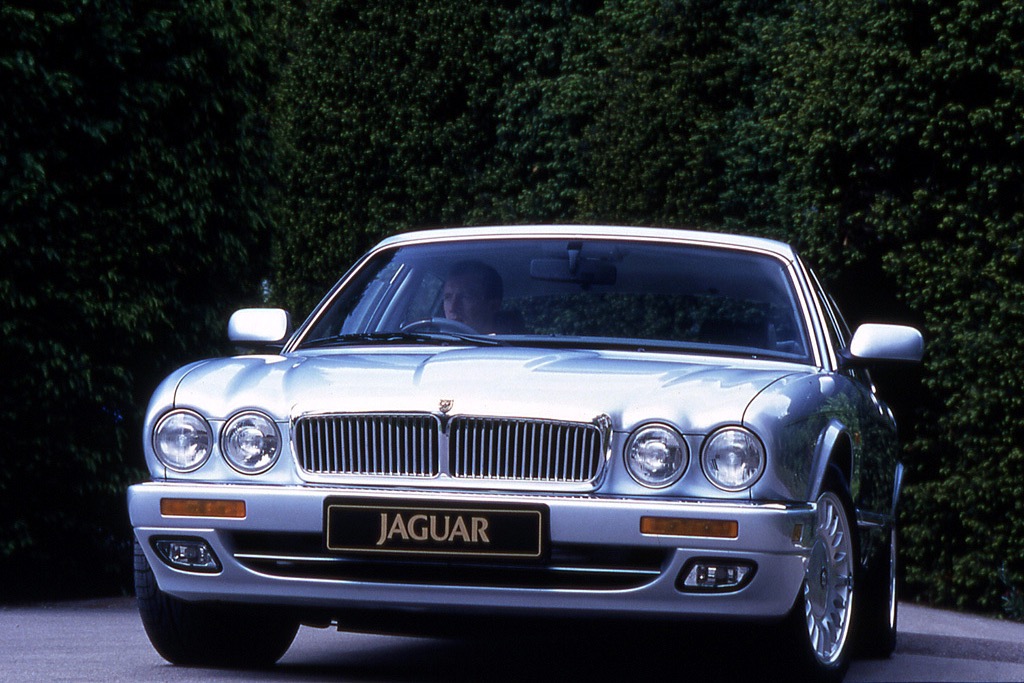 If you’d be asked to describe a Jaguar in one word, what would it be? British? Refined? Luxurious? Jaguar used to make dream cars back in the day. These were the ones that magazines were proud to advertise, these were the ones you studied hard for when you were a kid.

If you look at what Jaguar offers today, you’ll see a few SUVs and compact, mid-sized daily saloons. So, it’s easy to seduce yourself into buying a good ol’ Jaaag instead of those. But while every Jaguar manufactured before the 90s can be considered as true, do you know which one was the last and why?

Ford acquired the Jaguar brand in 1990. Since then, almost all Jaguar models were designed and produced by Ford, except one – the X300. This was the first XJ that was manufactured entirely under Ford ownership, but the most incredible fact is that they let Jaguar designers and engineers do their best for the last time while Ford was only responsible for distribution and other lame stuff. So, this was a very successful project, that’s why this XJ is often known as the best Jaguar ever made.

All that 4-cylinder, hybrid, and EV stuff have nothing to do with the heart of this brand. True Jaguar cars had to be powerful yet smooth and refined, so no V8 engines were allowed. If you want a real JAAAG, you need to find one with either Inline-six or their pride and joy – V12 engine. Jaguar had been manufacturing and improving their largest engine for 46 years.

The last time it was installed was in a Jaguar XJ12 on 17 April 1997. It was a 6.0 liter powerplant, producing 322 horsepower and making it one of the most powerful Jaguar engines to that date.

This model has everything you would expect from a Jaguar – round headlights, sleek and long body, huge bonnet, and lots of chrome, which is genuine inside and out. The interior is full of high-quality leather and coated wood – even sport versions like XJR didn’t have carbon trims. They just used darker wood for a more mysterious and modest feeling.

Jaguar XJ12 is like premium sunglasses. You gladly use them whenever you want, but once home, you want to store them gently and safely, so nobody would even have a slight chance of scratching them.

And don’t forget about practicality, which doesn’t exist here. The car seats five people, but the ones sitting in the back may be stuck there forever, the glove box only fits gloves, and there’s always something that doesn’t work electronically-wise.

Jaguar XJ12 has to be loved for what it is – an extravagant car like no other. They don’t make cars like they used to!

As I already said, the last XJ12 rolled out in 1997. Then a new Jaguar XJ (X308) showed up, which was literally identical from the outside. However, the interior was already rounded and had lots of switches and bits borrowed from Ford Mondeo. But even if people were OK with that, the engine choice, which was limited to V8s only, was a big mistake. Not only these V8 engines were unreliable, they completely destroyed the classy and plushy Jaguar’s image.

How about buying Jaguar XJ12 today?

Grab it while you still can! You’ll find lots of great examples for less than 10 000 euros and, believe it or not, both V12 and Inline-six engines were bulletproof in X300 models. Just be aware of issues with electrical systems and body corrosion – these are the nastiest enemies.