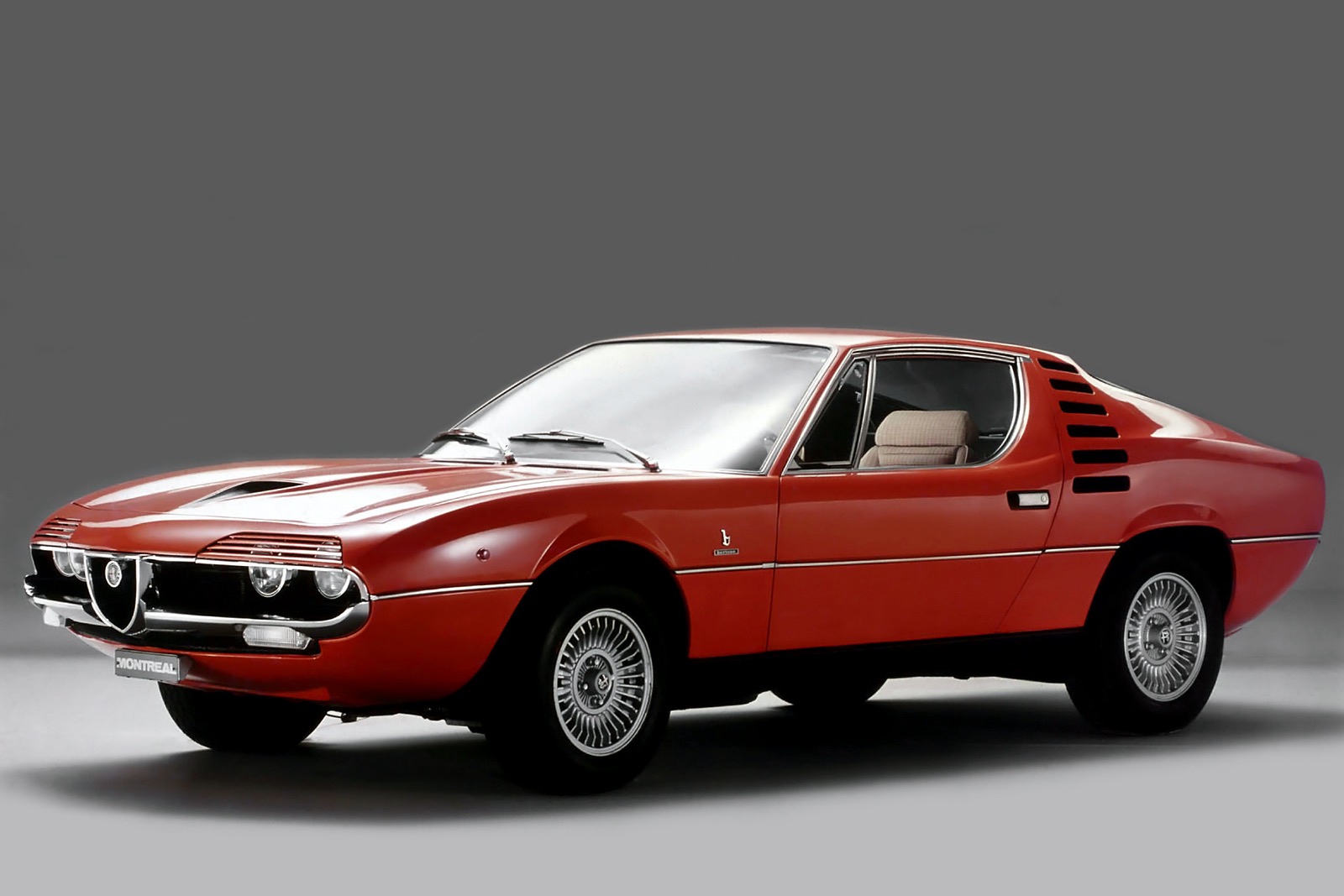 A couple of years ago, I was looking through old Thames records when I saw a 1973 video reviewing the new European cars. There was an updated and desirable Opel Kadett, Volkswagen Beetle still going strong, a tremendously luxurious Mercedes-Benz 450SEL, etc. What really caught my attention was the last one on the list – a brown Alfa Romeo Montreal.

It doesn’t blend in that pack of cars at all – beautiful and buffed body lines, gorgeous front end, and never before seen characteristics. Let’s look at this beauty and figure out why such an American car wasn’t available there.

It was meant to stay a concept

The car was introduced as a concept in the 1967 EXPO, hosted in Montreal, Quebec, Canada. The manufacturer didn’t even think about mass-producing it until visitors of the World’s Fair started noticing it and spreading various nicknames, one of them being The Montreal.

It was an astonishing automobile and so unique that even today, people are questioning what it is until they see the Alfa Romeo badge.

The prototype had a tiny four-cylinder, 1.6 L engine taken from Giulia TI. It only produced about a hundred horsepower. Just like you and I, Alfa Romeo engineers also knew that such a combination wouldn’t do well in production. So, they went all-in and chose a two-liter V8 from a 33 Stradale supercar. Of course, the engine was too radical and loud, so a few tweaks later, the final result was clear: a 2.6 L V8, producing 200 horsepower and 235 Nm of torque, with a 5-speed manual transmission and a limited-slip differential. And oh boy, does it sound glorious…

The name mentions Montreal, but it wasn’t even available in America – why?

As I mentioned earlier, Alfa Romeo chose this name after the nickname World Fair visitors came up with. Only less than 4000 of these cars were ever sold during seven years of mostly hand-made production. Although Americans would have loved to have a Montreal among Challengers and Mustangs, it was too much of a hassle to pass emission requirements, crash tests, and don’t get me started on these horrible safety bumpers.

There’s so much to love about the Montreal

Once the pinnacle of Alfa Romeo sports cars, nowadays, every petrolhead would still love to get their shaky hands on one of these beauties. Take a look at these few unique features you don’t see often.

Even though it screams power, the car is full of smart engineering

This paragraph must include the engine in the very first sentence because it’s a masterpiece. It sounds like a vast five-liter power plant, but this is a light engine, producing decent power and bearable fuel consumption. What else would you want from a sports car engine?

Another neat feature is the retractable headlight cover system. As you can see, headlights are covered by a rather unusual grille, which retracts as soon as headlights are on. The grille covers a large part of the headlights, so either they had to be taken down or retracted.

The side grill also plays an essential role in an overall design. It provides a solid Italian sense in a mostly muscle design. It seems that the idea of including them was taken from a 1964 Bertone Canguro.

Alfa Romeo Montreal seems to be a big and bulky sports car until you see someone or something standing next to it. The car weighs only 1270 kg and is only 1.2 meters high and only 1.6 meters wide. As an example, the Lamborghini Aventador is more than two meters in width.

So yes, this is a relatively compact sports car, providing excitement that no other modern vehicle could. In Alfa Romeo Montreal, you can feel the road, the engine – the car becomes a part of you and your character once taken for a drive. It’s not a cocoon of wires and plastics. It’s a genuine machine.