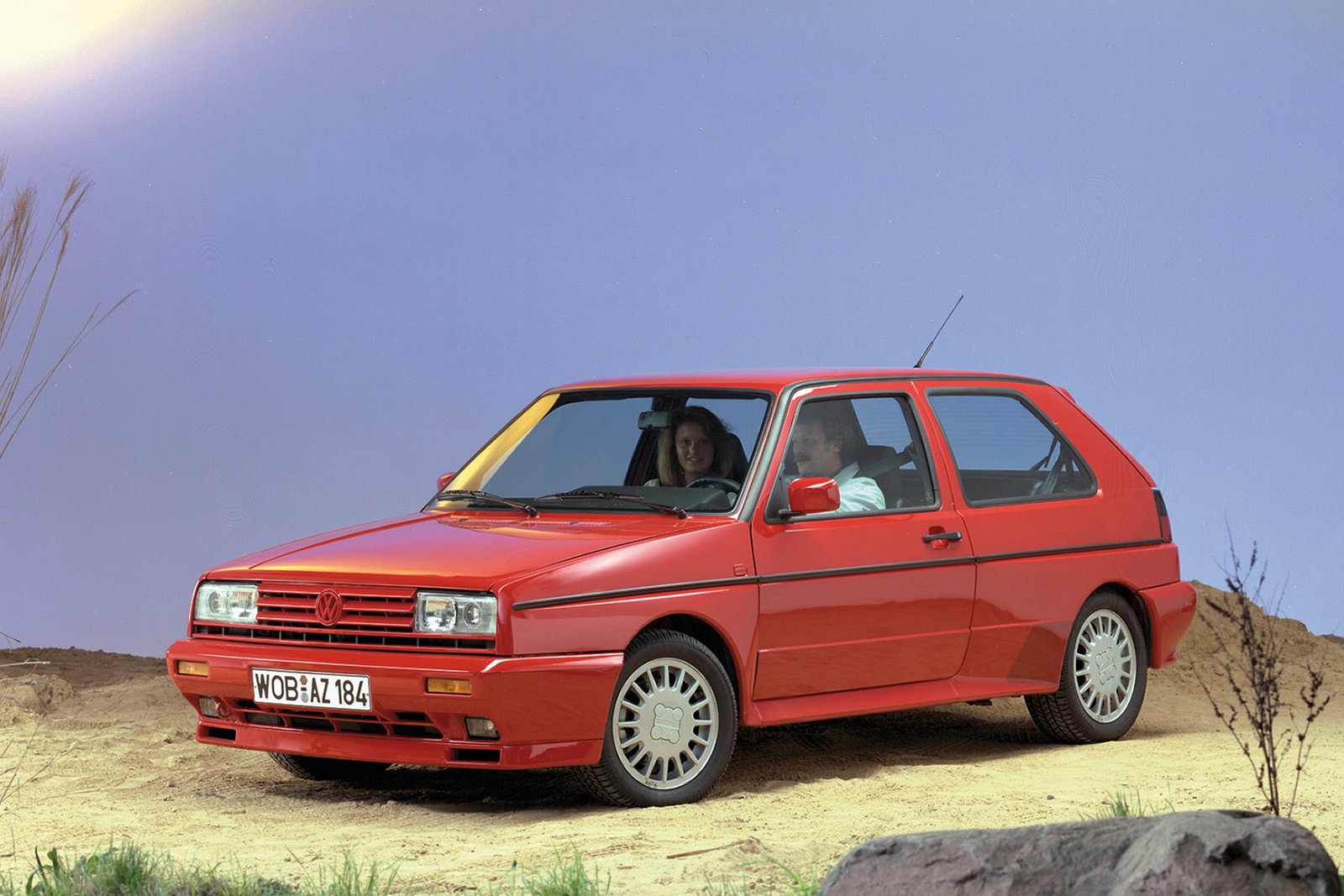 The world has gone nuts about hot hatches during the 80s. Reaching 100 km/h in 6-8 seconds in a Ferrari or Lamborghini wasn’t extraordinary. However, achieving that in a budget buffed hatchback quickly became the talk of the town. Many of these little family cars had hot versions, which offered lowered suspensions, advanced engines, and dashing trims. Volkswagen Golf was no exception – it has been available as a GTI version since 1975. But while these were built to conquer the Nurburgring, modern Golf R models began their life as a homologation special produced for Group A rally.

What is a homologation special?

Many iconic cars from the 80s started their lives as homologation specials: Ford RS200, Audi Sport Quattro, Renault 5 Turbo, and many more. To compete in rally, manufacturers had to build a proper car and place at least 5000 models on production.

That’s exactly what Volkswagen did in 1989 – they designed this Golf on steroids and put 5000 examples on sale. That’s how they got their ticket to Group A.

How good was the Golf Rallye?

Let’s start with the fact that each of the 5000 cars was hand-built. The 1989-1991 Golf Rallye is distinguishable by its innovative square projector headlights, wide fenders, different bumpers, and jet-like engine sound. That engine was the same as in GTI models (1.8 L, 8-valve G60), but double as powerful (160 hp) thanks to the G-supercharger, which is the reason for such a specific sound.

The car also received a four-wheel-drive Syncro system, which granted better handling, but took away some of the car’s agility. That’s when Volkswagen engineers started facing problems.

It came out worse than expected

Even though Golf Rallye had double the power of GTI, it was significantly slower due to the additional four-wheel-drive system. Engineers implemented various tweaks to fix this, but it barely got below the 9-second mark. On top of that, all these additions resulted in the Rallye version costing twice the GTI did.

You had to be mad to buy the Golf Rallye back then, but you’ll be lucky if you see one today.

G60 Limited Edition is what Golf Rallye should have been

Soon after releasing the Golf Rallye into production, VW engineers built a more humble, G60 powered Golf and put a Limited Edition nametag. That was exactly what the Rallye version should have been – even though Limited Edition had every possible option, including electrical mirrors and windows, Syncro, it also did 0-100 km/h in 6,6 seconds thanks to the 16-valve, 210 horsepower G60 engine. It remained the fastest VW Golf for nearly 15 years. Unfortunately, only 71 units were produced, and most of them weren’t available to everyone.

Golf Rallye never was as good as BMW M3 or Lancia Delta, but no other Golf was so out of this world. That’s why you can buy two GTIs for the price of one Rallye even today!